The New York Knicks and the Milwaukee Bucks duke it out at the Fiserv Forum on Saturday night.

The New York Knicks have been in decent shape as they’ve won three of their last four games and they will be aiming for a third straight victory after sneaking past the Wizards in a 106-102 home win on Thursday. Alec Burks led the team with 27 points on eight of 18 shooting off the bench, RJ Barrett added 24 points with 10 rebounds and five assists, while Immanuel Quickley chipped in with 16 points. As a team, the Knicks shot just 36 percent from the field and seven of 28 from the 3-point line as they struggled to get going in the first half and fell behind by as many as 17 points, before rallying in the second half where they outscored the Wizards by 61-42 to escape with the impressive comeback win. The Knicks had one of the worst shooting games of the season, but they grabbed 18 offensive rebounds outscored the Wizards at the free throw line to make up for it.

Meanwhile, the Milwaukee Bucks have been in fine form as they’ve won 13 of their past 15 games, but they will be looking to bounce back after having their eight-game win streak halted by the Celtics in a 122-114 home loss last night. Giannis Antetokounmpo led the team with 19 points and four assists, Jrue Holiday added 17 points with four assists, Giannis Antetokounmpo scored 16 points with eight rebounds and five assists while Donte DiVincenzo chipped in with 13 points. As a team, the Bucks shot 44 percent from the field and 19 of 47 from the 3-point line as they trailed by just three points at halftime, before getting blown out in the third quarter where the Celtics exploded for 43 points to put them behind by as many as 21 points before a late rally kept the final scores respectable.

The Knicks have picked up their play over the last four games or so to climb above .500 on the season, while the Bucks have reeled off 13 wins in their last 15 games, so both teams are hot coming into this one. The Bucks are clear favorites at home, but they are just 1-4 ATS in their last five games against a team with a winning record and the line seems too hefty for a team playing on zero days’ rest. The Knicks have the advantage of an extra days rest and I think they’re good enough to keep this one to single digits and get the cover. 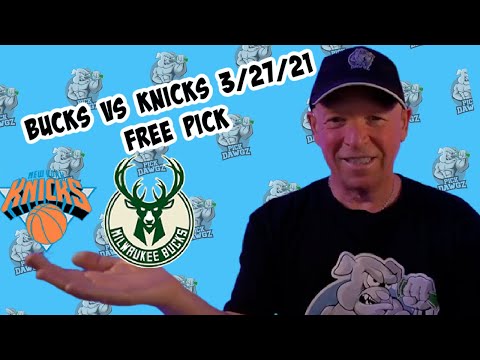