The Chicago Bulls invade the AT&T Center to do battle with the San Antonio Spurs on Saturday night.

The Chicago Bulls have been in a funk as they’ve lost eight of their last 12 games and they will be hoping to snap a two-game skid after falling short against the Cavaliers in a 103-94 home loss on Wednesday. Zach LaVine led the team with 22 points, Lauri Markkanen added 17 points while Tomas Satoransky and Coby White each scored 11 points, but no other player finished in double figures in scoring. As a team, the Bulls shot 44 percent from the field and eight of 28 from the 3-point line as they took the lead at halftime, before going ice-cold in the second half where they managed just 39 points.

Meanwhile, the San Antonio Spurs have been in a rut of their own as they’ve lost seven of their past 11 games and they will be hoping to arrest a four-game slide after getting routed by the Clippers in a 98-85 road loss on Thursday. DeMar DeRozan led the team with 23 points on eight of 19 shooting, Dejounte Murray added 18 points with seven assists while Jakob Poeltl and Derrick White scored 11 points apiece, but no other Spurs player finished in double figures in scoring. As a team, the Spurs shot just 40 percent from the field and eight of 23 from the 3-point line as they fought hard to take a six-point lead at halftime, before getting absolutely destroyed in the second half where they scored just 30 points to lose in the end.

Head to head, the over is 4-1 in the last five meetings in San Antonio.

The Bulls haven’t been at their best lately as they’ve lost eight of their last 12, but they made plenty of noise at the trade deadline as they were able to acquire Nikola Vucevic from the Magic to fill a massive hole at the center spot. The Spurs are in similar form and they must be low on confidence after scoring just 85 points in a loss to the Clippers on Thursday. The Bulls are 4-0 ATS in their last four road games and I think they can bounce back into form with a much-needed win here. 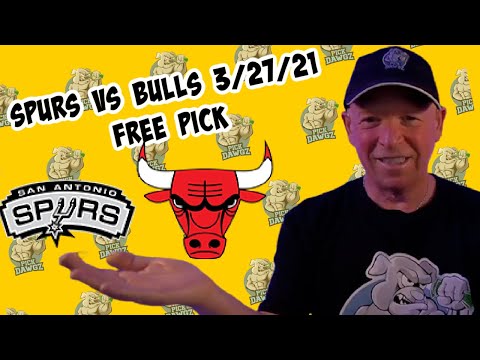