The Miami Heat invade the Spectrum Center to do battle with the Charlotte Hornets on Friday night.

The Miami Heat haven’t been at their best lately as they will be looking to arrest a five-game slide after last night’s 125-122 home loss to the Trailblazers. Bam Adebayo led the team with 29 points, nine rebounds and seven assists, Tyler Herro added 29 points with eight assists off the bench while Kendrick Nunn chipped in with 22 points and five assists. As a team, the Heat shot a healthy 56 percent from the field and 16 of 34 from the 3-point line as they squandered a 10-point lead, before losing in the final seconds as Trevor Ariza fouled the Trailblazers’ Damian Lillard on a 3-point shot with just 1 second remaining. Jimmy Butler sat out with a stomach illness.

Meanwhile, the Charlotte Hornets have been in fine form as they’ve won six of their past nine games and they will be aiming for a third straight victory after routing the struggling Rockets in a 122-97 road win on Wednesday. Terry Rozier led the team with 25 points on nine of 14 shooting, Devonte Graham added 21 points, Malik Monk scored 19 points off the bench while PJ Washington chipped in with 12 points, 12 rebounds and four assists. As a team, the Hornets shot 51 percent from the field and 18 of 38 from the 3-point line as they struggled to shake off the Rockets, until the third quarter where they outscored the Rockets by 35-15 to lead by as many as 33 points.

The Heat have gone ice-cold lately with five losses on the trot and they could again be without Jimmy Butler and Goran Dragic. The Hornets have quietly been playing some decent basketball without the injured LaMelo Ball and they were dominant in their big win over the rockets on Wednesday. With so many injury clouds hovering over the Heat who have lost five straight, I’m going with the Hornets to take advantage in this spot. 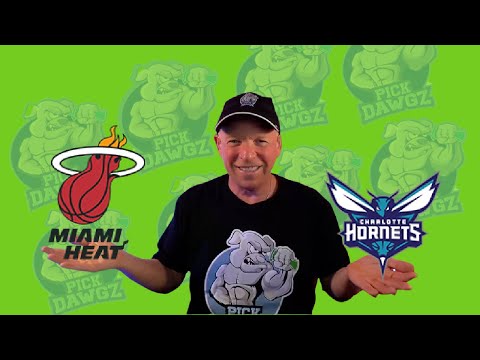