The Houston Rockets and the Minnesota Timberwolves duke it out at the Target Center on Friday night.

The Houston Rockets have been in a serious slump as they’ve lost 21 of their past 22 games and they will be hoping to bounce back after getting routed by the Hornets in a 122-97 home loss on Wednesday. John Wall led the team with 20 points and seven assists, Ben McLemore added 14 points off the bench, while Christian Wood chipped in with 11 points and 10 rebounds. As a team, the Rockets shot just 38 percent from the field and 16 of 49 from the 3-point line as they hung in the contest in the first half, before getting completely blown out in the third quarter where they were outscored by 35-15 to fall behind by as many as 33 points.

Meanwhile, the Minnesota Timberwolves have struggled lately as they’ve lost 14 of their past 17 games and they will be hoping to snap a three-game skid after getting routed by the Mavericks in a 128-108 home loss on Wednesday. Anthony Edwards led the team with 29 points on nine of 22 shooting, Karl-Anthony Towns added 22 points with six assists while Juan Hernangomez chipped in with 17 points off the bench. As a team, the Timberwolves shot 44 percent from the field and 12 of 38 from the 3-point line as they hung in the contest as they trailed by just one point at halftime, before getting blown out in the second half where the Mavericks poured in 72 to win easily in the end.

The Rockets made a big move at the trade deadline by shipping away Victor Oladipo and they will be looking to move on after getting thrashed by the Hornets by 25 points on Wednesday. The Timberwolves really haven’t been playing much better than the Rockets as they’ve lost 14 of 17 and are coming into this one off a big loss to the Mavericks. It’s hard to bet on either team with much confidence, but I’m leaning towards the Timberwolves to get the win in this one. 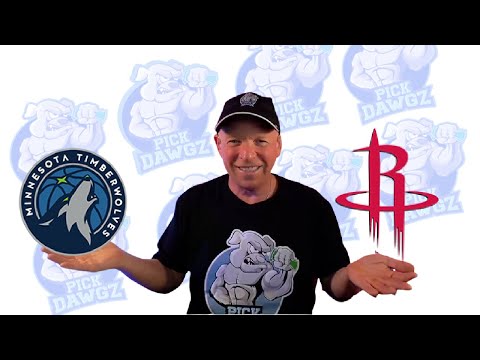