The Denver Nuggets pay a visit to the New Orleans Pelicans at the Smoothie King Center on Friday night.

The Denver Nuggets have been in fine form as they’ve won nine of their past 12 games, but they will be hoping to bounce back in this one after getting thrashed by the Raptors in a 135-111 road loss on Wednesday. Jamal Murray led the team with 20 points and seven assists, Nikola Jokic added 20 points with 10 rebounds and five assists, Michael Porter Jr. scored 19 points while Paul Millsap chipped in with 11 points and six assists, but no other player finished in double figures in scoring. As a team, the Nuggets shot 41 percent from the field and 14 of 43 from the 3-point line as they were slow to get going and just left themselves too much ground to make up after getting outscored by 72-54 in the first half.

The Nuggets were playing some of their best basketball of the season before getting routed by the slumping Raptors on Wednesday, so they will be eager to get back in the win column, while the Pelicans have come to life with four wins in their last six games after destroying the shorthanded Lakers on Tuesday. The Nuggets are deserved favorites here being the team in better form, but they are only 1-7 ATS in the last eight meetings overall when playing the Pelican and that’s where I’m going in this one. 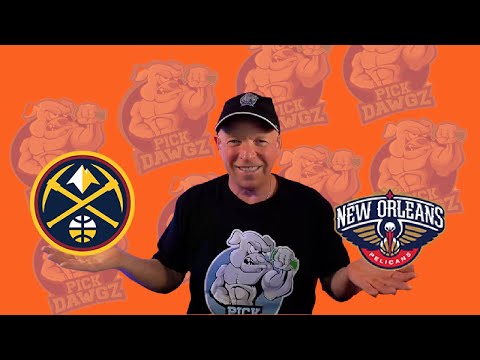