The Milwaukee Bucks play host to the Boston Celtics once again at the Fiserv Forum on Friday night.

The Boston Celtics have been in a rut as they’ve lost five of their last six games and they will be hoping to avoid a third straight defeat after falling painfully short against the Bucks in a 121-119 road loss on Wednesday. Jaylen Brown led the team with 24 points and 10 rebounds on 10 of 16 shooting, Kemba Walker added 23 points with six assists, Jayson Tatum scored 18 points with eight rebounds and five assists while Jeff Teague chipped in with 15 points off the bench. As a team, the Celtics shot 47 percent from the field and 19 of 47 from the 3-point line as they struggled to get going and fell behind by as many as 25 points, before seeing their rally in the fourth quarter come up just short.

Meanwhile, the Milwaukee Bucks have been in red-hot form as they’ve won 13 of their past 14 games and they will be gunning for a ninth straight victory after outlasting the Celtics in a narrow win on Wednesday. Khris Middleton led the team with 27 points, 13 rebounds and four assists, Brook Lopez and Donte DiVincenzo each scored 17 points while Bobby Portis chipped in with 21 points in just 17 minutes off the bench. As a team, the Bucks shot 50 percent from the field and 17 of 37 from the 3-point line as they squandered a 25-point lead, before holding the Celtics scoreless in the final 1:31 to escape with the win.

The Celtics will be so disappointed with their loss to the Bucks on Wednesday as they rallied back from a 25-point deficit, only to fall just short as the Bucks escaped with the narrow win thanks to their defense. I want to take the Celtics with the points in this one, but they are just 2-9 ATS in their last 11 road games. With that being said, I’m taking the Bucks to stay hot with another win and cover here. 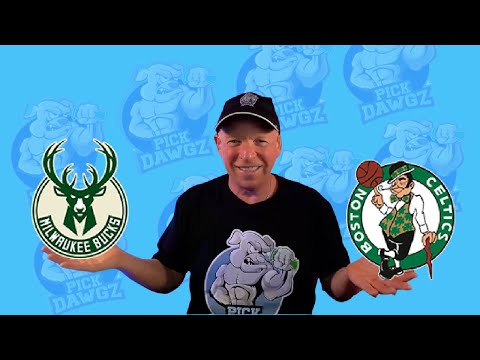