The Indiana Pacers play host to the Detroit Pistons at Bankers Life Fieldhouse on Wednesday night.

The Detroit Pistons have been in a slump as they’ve lost eight of their past 11 games, but they were riding a two-game win streak before getting stopped by the Bulls in a 100-86 home loss on Sunday. Jerami Grant led the team with 26 points on nine of 22 shooting, Miles Plumlee and Frank Jackson each scored 12 points while Isaiah Stewart chipped in with 11 points, but no other player finished in double figures in scoring. As a team, the Pistons shot just 39 percent from the field and a miserly four of 25 from the 3-point line as they got off to a quick start and took the early lead, before going ice-cold from the second quarter onwards as they just couldn’t get anything to drop from deep. Grant shot just one of seven from the 3-point line while Bey shot just one of six from the 3-point line.

Meanwhile, the Indiana Pacers have been struggling for form as they’ve lost five of their past eight games and they will be hoping to bounce back after getting thrashed by the Bucks in a 140-113 road loss on Monday. Domantas Sabonis added 22 points with nine rebounds and six assists, Jeremy Lamb scored 21 points and five assists off the bench, Doug McDermott scored 20 points while Caris LeVert chipped in with 19 points and five assists. As a team, the Pacers shot just 40 percent from the field and 12 of 50 from the 3-point line, but this game was over before halftime as the Pacers found themselves in a deep hole early after the Bucks exploded for 48 points in the first quarter.

Malcolm Brogdon has been ruled out with a back injury while Myles Turner is out with an ankle sprain, so the Pacers will be shorthanded in this one. The Pistons haven’t been able to get much going lately and they scored just 86 points in their loss on Sunday. This should be a close one, but even with the injuries, I have the Pacers getting the much-needed win in this one. 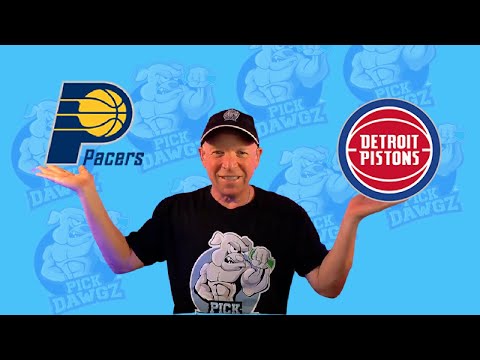