The Denver Nuggets travel to the Amalie Arena to do battle with the Toronto Raptors on Wednesday night.

The Denver Nuggets have been in great form as they’ve won nine of their past 11 games and they will be looking to stay hot after last night’s 110-99 road win over the Magic. Nikola Jokic led the team with a triple-double of 28 points with 15 rebounds and 10 assists, Jamal Murray added 21 points, Michael Porter Jr. scored 18 points while Will Barton chipped in with 17 points. As a team, the Nuggets shot 49 percent from the field and eight of 30 from the 3-point line as they dominated the first half to lead by 21 points at halftime, before cruising in the second half.

Meanwhile, the Toronto Raptors have been in a serious slump as they will be hoping to put an end to a nine-game skid after getting routed by the ice-cold Rockets in a 117-99 road loss on Monday. Fred VanVleet led the team with 27 points on nine of 17 shooting, Pascal Siakam added 21 points with 10 rebounds and three assists, Norman Powell scored 19 points while Kyle Lowry chipped in with 17 points and eight assists. As a team, the Raptors shot 42 percent from the field and 10 of 40 from the 3-point line as they hung in the contest, before going ice-cold in the fourth quarter where they managed just 13 points.

The Nuggets have quietly been one of the hottest teams in the league and they hardly broke a sweat in last night’s easy win over the struggling Magic, while the Raptors have been demoted to the coldest team in the league after falling to the slumping Rockets in their last outing. I keep making the mistake of expecting the Raptors to turn their season around with a big win, but it hasn’t happened for a while now. The Nuggets are 20-6 ATS in the last 26 meetings overall and I think that trend continues as the Nuggets should be too good here. 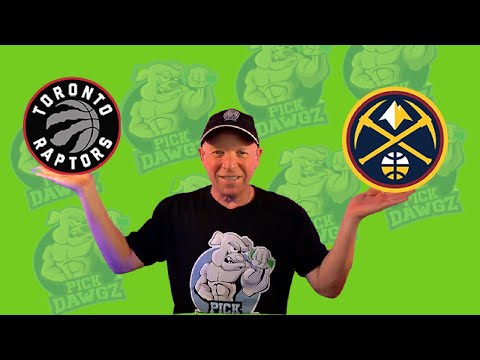