The Houston Rockets play host to the Charlotte Hornets at the Toyota Center on Wednesday night.

The Charlotte Hornets have been in decent shape as they’ve won five of their past eight games and they will be looking to build some momentum after putting a halt to a three-game skid with a 100-97 road win over the Spurs on Monday. Gordon Hayward led the team with 27 points, seven rebounds and six assists, Terry Rozier added 24 points with six assists while PJ Washington chipped in with 10 points, 13 rebounds and five assists. As a team, the Hornets shot 42 percent from the field and 12 of 32 from the 3-point line as they squandered an early 12-point lead, before pulling away in the fourth quarter behind Rozier who scored five straight points in the final 1:26 to carry the Hornets over the line.

Meanwhile, the Houston Rockets have been in a major slump lately, but they will be breathing a sigh of relief after putting an end to a 20-game skid with a 117-99 win over the Raptors on Monday. Jae’Sean Tate led the team with 22 points, six rebounds and five assists on eight of nine shooting, Sterling Brown added 20 points with 10 rebounds, Christian Wood scored 19 points while John Wall tallied a triple-double of 19 points with 11 rebounds and 10 assists. As a team, the Rockets shot 45 percent from the field and 14 of 36 from the 3-point line, but this win was all about their defense in the fourth quarter where they held the Raptors to just 13 points to escape with the much-needed win.

The Hornets have cooled off since losing LaMelo Ball to injury, but they looked good in their hard-fought win over the Spurs, while the Rockets will be feeling so much better after putting an end to a nightmare 20-game losing streak on Monday. I can see the Rockets winning their second straight if Wall has another big game, but I think the safer play is on the more consistent Hornets to get the win and cover with the short line. 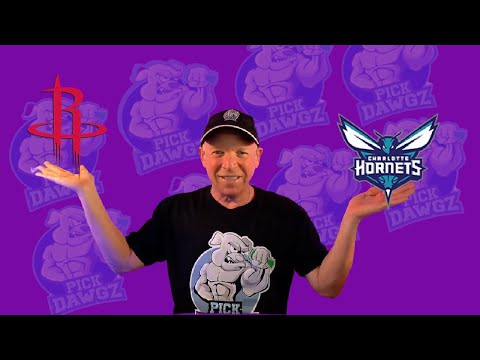