The Boston Celtics and the Milwaukee Bucks duke it out at the Fiserv Forum on Wednesday night.

The Boston Celtics have been in a rut lately as they’ve lost four of their past five games and they will be eager to bounce back after falling short against the Grizzlies in a 132-126 overtime road loss on Monday. Jaylen Brown led the team with 27 points, nine rebounds and five assists, Jeff Teague added 26 points with six assists, Robert Williams scored 17 points with four blocks off the bench while Marcus Smart chipped in with 16 points and five assists. As a team, the Celtics shot 52 percent from the field and 17 of 35 from the 3-point line as they rallied back from a 10-point deficit to force overtime, only to go ice-cold as they scored just two points in the first 2:41. Jayson Tatum sat out the game due to illness while Kemba Walker was rested.

Meanwhile, the Milwaukee Bucks have been the hottest team in the league as they’ve won 12 of their past 13 games and they will be looking to build on their current eight-game win streak after routing the Pacers in a 140-113 home win on Monday. Jrue Holiday led the team with 28 points and 14 assists on 11 of 15 shooting, Khris Middleton added 25 points with eight rebounds and six assists, PJ Connaughton scored 20 points while Bobby Portis and Brook Lopez each scored 18 points. As a team, the Bucks shot a sizzling 56 percent from the field and 24 of 39 from the 3-point line as they set the tone with 48 points in the first quarter to lead by 23 points at halftime, before finishing with a flurry in the fourth quarter.

There is still no word on whether Jayson Tatum will be available for this one, but Kemba Walker should return after being rested on Monday, which is a big boost for the Celtics. The Bucks have been running through teams lately and they didn’t let the absence of Giannis Antetokounmpo slow them down as they poured in 140 points against the Pacers in their last outing. Antetokounmpo’s status is still unclear, but PJ Tucker is expected to be available which is a nice boost for the Bucks who don’t need any help at the moment. This should be a close one, but I’m sticking with the Bucks to stay hot with another win here. 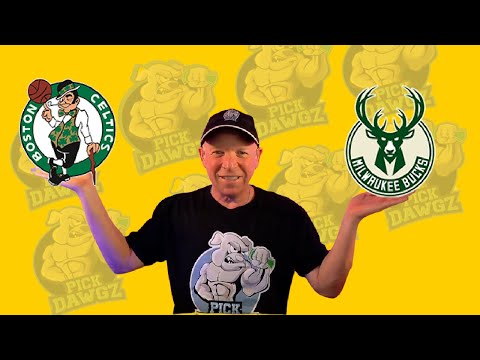