The Washington Wizards invade Madison Square Garden to do battle with the New York Knicks on Tuesday night.

The Washington Wizards have been in a real slump as they’ve lost six of their past seven games and they will be eager to bounce back after falling just short to the Nets in a 113-106 road loss on Sunday. Russell Westbrook led the team with a triple-double of 29 points with 13 rebounds and 13 assists, Alex Len added 29 points with nine rebounds and two blocks, while Rui Hachimura chipped in with 20 points on nine of 11 shooting. As a team, the Wizards shot 53 percent from the field and seven of 21 from the 3-point line, but they needed more their best player in Bradley Beal who finished with just 17 points and six turnovers on six of 15 shooting.

Meanwhile, the New York Knicks have been in a bit of a rut as they’ve lost three of their last four games and they will be hoping to bounce back after falling painfully short to the shorthanded 76ers in a 101-100 overtime home loss on Sunday. Julius Randle led the team with 24 points, seven rebounds and five steals, RJ Barrett added 19 points with eight rebounds and four assists while Alec Burks provided the spark off the bench with 20 points and four assists. As a team, the Knicks shot just 43 percent from the field and 11 of 24 from the 3-point line as they missed on their chance to win at the buzzer after surrendering the lead with 5.3 seconds remaining in overtime.

The Wizards haven’t been able to build any momentum over their past eight games or so, but they were competitive in Sunday’s loss to the red-hot Nets which will give them a bit of confidence going forward. The Knicks will still be kicking themselves after losing by the smallest margin to the 76ers in their last outing, so they’re going to be itching to get back on the court. I can see the Wizards winning this one if Beal has a big night, but I think the safer play is on the more consistent Knicks at home in a close one. 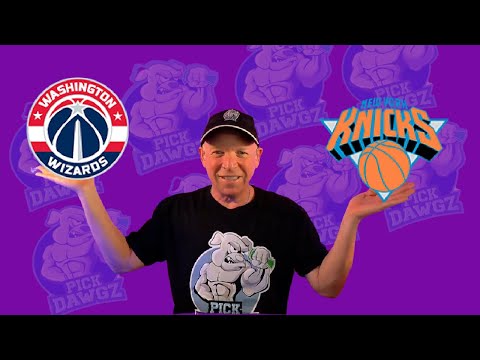