The Denver Nuggets and the Orlando Magic duke it out at the Amway Center on Tuesday night.

The Denver Nuggets have been in great form as they’ve won eight of their past 10 games, but they will be looking to bounce back here after having their three-game win streak halted by the Pelicans in a 113-108 loss on Sunday. Nikola Jokic led the team with a triple-double of 29 points with 10 rebounds and 10 assists, Jamal Murray added 23 points with seven assists, Michael Porter Jr. added 17 points while Will Barton chipped in with 16 points and six assists. As a team, the Nuggets shot 50 percent from the field and 12 of 34 from the 3-point line as they rallied back from a 10-point deficit after getting outscored by 36-21 in the second quarter, before watching the game slop from their hands as the Pelicans closed the game with a 9-4 run in the final 57 seconds to steal the game late.

Meanwhile, the Orlando Magic have been in terrible form as they’ve lost 10 of their past 11 games and they will be hoping to bounce back after getting routed by the Celtics in a 112-96 road loss on Sunday. Nikola Vucevic led the team with 22 points, 13 rebounds and three assists, Evan Fournier added 16 points on six of 19 shooting while James Ennis chipped in with 18 points off the bench. As a team, the Magic shot just 38 percent from the field and 11 of 34 from the 3-point line as they got off to a nice start with 31 points in the first quarter, before getting blown out in the second and third quarters by a combined 62-42 as they had no answer for the Celtics’ Jaylen Brown who torched them with 10 3-pointers.

The Nuggets were running through teams and piling on the wins before getting stopped in their tracks by the Pelicans on Sunday, so they will be keen to get back in the win column, while the Magic have really struggled to find their feet lately as they’ve lost 10 of their last 11 games overall. It’s always nice to see two of the best European centers go up against each other, but the Nuggets are 15-5-3 ATS in the last 23 meetings and I think that trend continues here as the Nuggets bounce back. 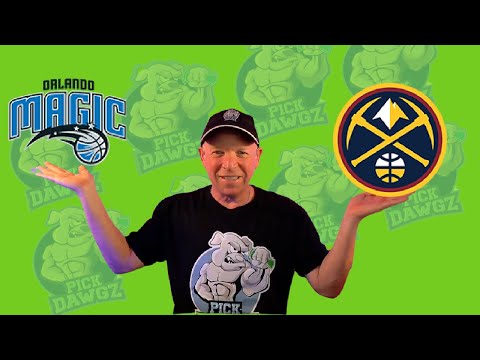