The Sacramento Kings pay a visit to the Cleveland Cavaliers at the Rocket Mortgage Fieldhouse on Monday night.

The Sacramento Kings have been in decent shape as they’ve split their last 10 games, but they will be hoping to bounce back after getting thrashed by the shorthanded 76ers in a 129-105 road loss on Saturday. Buddy Hield led the team with 25 points on nine of 17 shooting, De’Aaron Fox added 16 points with six assists while Harrison Barnes chipped in with 12 points, seven rebounds and five assists. As a team, the Kings shot 45 percent from the field and 10 of 28 from the 3-point line, but this game was over before it really began as the Kings were always fighting a losing battle after allowing the 76ers to pour in 42 points in the first quarter. The Kings trailed in this game by as many as 36 points and no bench player finished in double figures in scoring.

Meanwhile, the Cleveland Cavaliers have been in a rut as they’ve lost five of their past seven games, but they’ve won two of their past three and must be feeling pretty good after last night’s 116-105 win over the Raptors. Collin Sexton drained six 3-pointers on his way to 36 points on 13 of 24 shooting, Jarrett Allen added 17 points with 15 rebounds, Dean Wade scored 16 points off the bench while Darius Garland chipped in with 15 points and six assists. As a team, the Cavaliers shot 50 percent from the field and 17 of 33 from the 3-point line as they poured in 36 points in the second quarter to take the lead going into halftime, before holding the Raptors to just 18 points in the third quarter where they led by as many as 22 points.

The Kings were building a bit of momentum before getting stopped in their tracks by the shorthanded 76ers on Saturday, but they’re starting to look better with Hield coming off a 25-point night. The Cavaliers are starting to turn things around with a win over the Celtics and now the Raptors and they look pretty dangerous when Sexton gets hot like he did last night. This should be a close one, but I really like what I saw from the Cavaliers on the defensive end last night and they should be good enough to get another win if they can bring the same effort here. 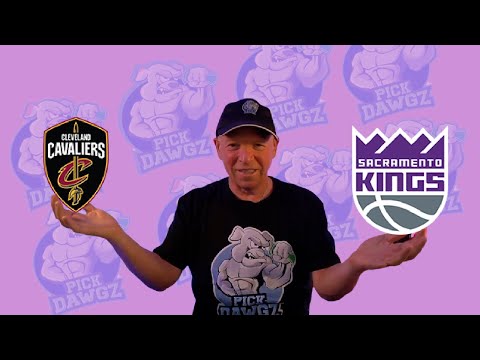