The Minnesota Timberwolves play host to the Oklahoma City Thunder at the Target Center on Monday night.

The Oklahoma City Thunder have been in decent shape lately as they’ve won four of their past seven games and they will be looking to maintain their momentum after sneaking past the Rockets in a 114-112 road win last night. Luguentz Dort led the team with 23 points on 10 of 22 shooting, Isaiah Roby added 18 points with eight rebounds, while Justin Jackson and Svi Mykhailiuk each scored 15 points off the bench. As a team, the Thunder shot 46 percent from the field and 13 of 39 from the 3-point line as they scrapped and clawed their way to hang in the contest until late in the fourth quarter where they held the Rockets to just two points in the final 2:45 to escape with the win.

Meanwhile, the Minnesota Timberwolves have come to life with three wins in their last six games, but they will be hoping to bounce back after getting routed by the Suns in a 113-101 road loss on Friday. Karl-Anthony Towns led the team with 24 points and nine rebounds on nine of 12 shooting, Ricky Rubio added 21 points with 10 assists while Jaylen Nowell chipped in with 14 points off the bench. As a team, the Timberwolves shot 46 percent from the field and 13 of 35 from the 3-point line as they got off to a slow start and trailed by 10 points at halftime, before falling behind by as many as 21 points in a one-sided affair. Anthony Edwards scored 11 points with 10 rebounds and six assists but shot just four of 18 from the field.

The Thunder have been in decent form lately and they would’ve taken so much confidence from last night’s win over the Rockets without the services of their best player in Shai Gilgeous-Alexander who sat out with shoulder soreness. The Timberwolves were really struggling before waking up with three wins in five games before getting beaten by the red-hot Suns on Friday. This is a tough one to pick, but with the injury cloud hovering over the Thunder’s Gilgeous-Alexander, I’m taking the Timberwolves who haven’t played since Friday. 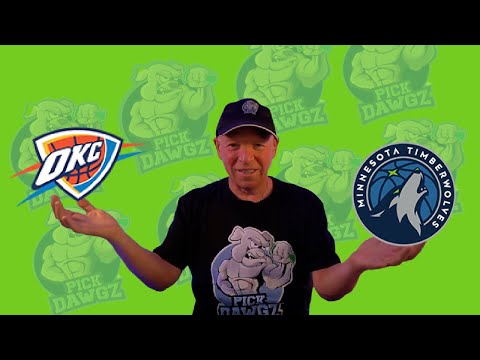