The Charlotte Hornets invade the AT&T Center to do battle with the San Antonio Spurs on Monday night.

The Charlotte Hornets have won five of their past nine games, but they will be eager to arrest a three-game slide after getting thrashed by the Clippers in a 125-98 road loss on Saturday. Miles Bridges led the team with 21 points on seven of 11 shooting off the bench, Gordon Hayward added 17 points with eight rebounds and four assists while LaMelo Ball chipped in with 13 points on four of 12 shooting. As a team, the Hornets shot 38 percent from the field and 15 of 41 from the 3-point line, but they were always playing from behind in this one after allowing the Clippers to explode for 66 points in the first half. PJ Washington scored just six points on three of 10 shooting, while Terry Rozier scored just eight points on two of 10 shooting.

Meanwhile, the San Antonio Spurs have been in pretty good form lately as they’ve won four of their past six games, but they will be eager to get back on the court after having their three-game win streak halted by the Bucks in a 120-113 road loss on Saturday. Lonnie Walker led the team with 31 points on 13 of 21 shooting, DeMar DeRozan added 22 points with 13 assists while Keldon Johnson chipped in with 17 points, eight rebounds and four assists. As a team, the Spurs shot 47 percent from the field and 12 of 33 from the 3-point line as they fought hard to stay in the contest, until midway through the fourth quarter where the Bucks pulled away with a pivotal 9-2 run.

The Hornets were on a nice run before dropping their last three games and they will be particularly disappointed with their effort in Saturday’s loss to the Clippers, while the  Spurs were playing some of their best basketball of the season before running into the red-hot Bucks. I think the Hornets turn things around sooner rather than later, but I’m sticking with the Spurs who are 4-0 ATS in their last four games overall. 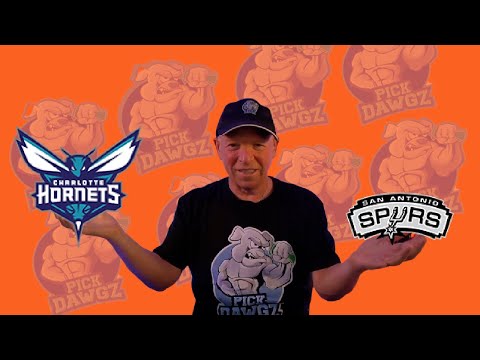