The Washington Wizards travel to the Barclays Center to do battle with the Brooklyn Nets on Sunday night.

The Washington Wizards have been in a slump as they’ve lost seven of their past nine games, but they will be feeling much better after arresting a five-game slide with a 131-122 home win over the Jazz on Thursday. Bradley Beal led the team with 43 points on 16 of 24 shooting, Russell Westbrook racked up 35 points with 15 rebounds and 13 assists while Rui Hachimura chipped in with 12 points. As a team, the Wizards shot 54 percent from the field and seven of 17 from the 3-point line as they set the tone by holding the Jazz to just 20 points in the first quarter, before holding on for the win in after leading by as many as 24 points.

Meanwhile, the Brooklyn Nets have been in red-hot form as they’ve won 14 of their last 16 games, but they will be hoping to bounce back after having their six-game win streak halted by the Magic in a 121-113 road loss on Friday. Kyrie Irving led the team with a game-high 43 points on 19 of 31 shooting, James Harden added 19 points with nine assists while Joe Harris chipped in with 16 points, but no other player finished in double figures in scoring. As a team, the Nets shot 47 percent from the field and 10 of 37 from the 3-point line as they hung in the contest until the third quarter where they were outscored by 39-22 to fall behind by as many as 19 points.

The Wizards have really fallen off the pace lately, but they will be keen to build some momentum after taking down the Jazz in a shock upset on Thursday, while the Nets were running through teams before getting stopped in their tracks by the Magic in their last outing. The Nets will like debut their new recruit in Blake Griffin while Jeff Green is likely to return, so I’m going with the Nets to get the win and cover in this one. 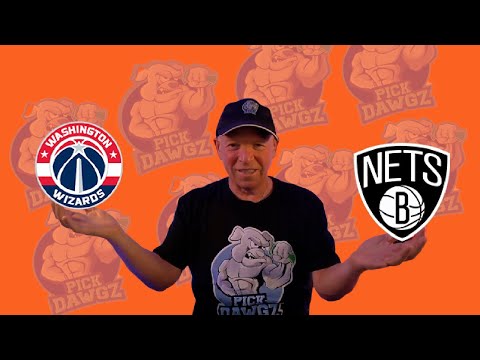