The Orlando Magic invade the TD Garden to take on the Boston Celtics on Sunday afternoon.

The Orlando Magic have been in terrible form as they were riding an ugly nine-game slide before stopping the rot with a 121-113 home win over Nets on Friday. Aaron Gordon led the team with 38 points on 14 of 20 shooting, Evan Fournier added 31 points on 10 of 13 shooting, while Nikola Vucevic scored 22 points with 14 rebounds and eight assists. As a team, the Magic shot 51 percent from the field and a sizzling 21 of 40 from the 3-point line as they set the tone with 35 points in the first quarter to take the early lead, before exploding for 39 points in the third quarter to push the margin out to 19 points to put the game to bed early.

Meanwhile, the Boston Celtics have been in a bit of a rut as they’ve lost four of their last five games and they will be hoping to snap a three-game slide after falling short against the Kings in a 107-96 home loss on Friday. Jaylen Brown led the team with 19 points, 11 rebounds and three assists, Kemba Walker added 16 points with seven assists while Jayson Tatum chipped in with 15 points on six of 16 shooting. As a team, the Celtics shot just 42 percent from the field and 12 of 31 from the 3-point line as they rallied back from a 15-point deficit, only to go ice-cold in the fourth quarter where they managed just 15 points in a disappointing finish.

Head to head, the over is 4-1 in the last five meetings overall and the Magic are 6-14-1 ATS in the last 21 meetings in Boston.

The Magic were in a world of hurt before coming to life with a upset win over the Nets on Friday, while the Celtics are coming into this one low on confidence after losing three in a row. It's hard to see anything but a win for the Celtics in this spot, but this just seems like too many free points to be giving this Magic team who should be able to hang tough. I might need a big game from Fournier or Gordon again, but I think the Magic get the cover here. 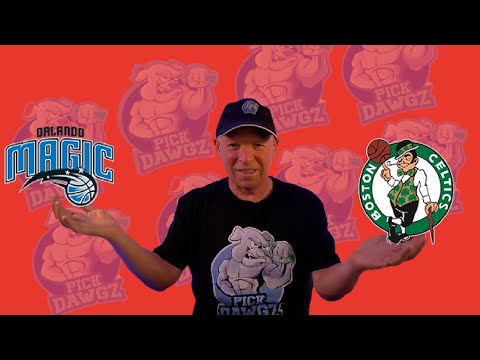