The Oklahoma City Thunder invade the Toyota Center to do battle with the Houston Rockets on Sunday afternoon.

The Oklahoma City Thunder have been in decent form as they’ve split their last six games, but they will be hoping to avoid a third straight defeat after getting routed by the Hawks in a 116-93 road loss on Thursday. Shai Gilgeous-Alexander led the team with 19 points and four assists, Ty Jerome added 18 points off the bench while AL Horford chipped in with 11 points. As a team, the Thunder shot just 36 percent from the field and 13 of 34 from the 3-point line as they got off to a slow start and were never really threatening after falling behind by 21 points going into halftime. Al Horford shot just three of 13 from the field, while Aleksej Pokusevski scored just four points on two of 11 shooting.

Meanwhile, the Houston Rockets have been living a nightmare as they are currently looking to put an end to a 19-game skid after falling short against the slumping Pistons in a 113-100 home loss on Friday. John Wall led the team with 21 points and seven assists, Victor Oladipo added 19 points, Chris Wood scored 18 points with 11 rebounds and two blocks while Jae’Sean Tate chipped in with 12 points. As a team, the Rockets shot 44 percent from the field and nine of 32 from the 3-point line as they cut a 17-point deficit to just five points late in the fourth quarter, before the Pistons pulled away late.

The Thunder must be low on confidence after getting routed by the Hawks in their last outing, but that’s nothing compared to the nightmare the Rockets have been living. Gilgeous-Alexander has cooled off lately and the Thunder aren’t getting consistent contributions from their role players, while the Rockets are slowly getting healthier but it just hasn’t translated to wins yet. This one could go either way, but I’m reluctantly going with the Rockets to snap out of their funk with a long overdue win here behind big games from Wood and Oladipo. 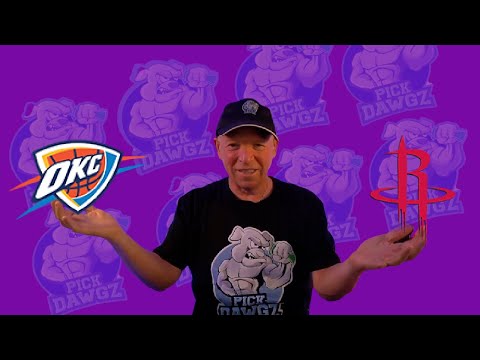