The Cleveland Cavaliers play host to the San Antonio Spurs at the Rocket Mortgage Fieldhouse on Friday night.

The San Antonio Spurs have been in good form as they’ve won three of their past four games and they will be aiming for a third straight victory after taking down the Bulls in a 106-99 road win on Wednesday. Jakob Poeltl led the team with 20 points and 16 rebounds on nine of 11 shooting, Derrick White added 17 points with five assists while Keldon Johnson, Dejounte Murray and Patty Mills each scored 14 points. As a team, the Spurs shot just 42 percent from the field and eight of 31 from the 3-point line as they struggled to get going and trailed by 18 points going into halftime, before taking over in the fourth quarter where they outscored the Bulls by 39-19 to escape with the unlikely victory. Rudy Gay had a night to forget as he finished with just five points on two of 11 shooting off the bench.

Meanwhile, the Cleveland Cavaliers have been in decent form as they’ve won five of their past nine games and they will be looking to build some momentum after snapping a four-game side with a 117-110 win over the Celtics on Wednesday. Collin Sexton led the team with 29 points, seven rebounds and six assists, Darius Garland added 25 points with six assists while Larry Nance Jr. chipped in with 18 points, 10 rebounds and four assists. As a team, the Cavaliers shot 54 percent from the field and 10 of 23 from the 3-point line as they jumped all over the Celtics in the first half to lead by as many as 21 points, before holding on for the narrow win as the Celtics rallied with 72 points in the second half.

The Spurs have come to life with three wins in their past four games and they were impressive in their comeback win over the Bulls on Wednesday, while the Cavaliers will be feeling much better after arresting a four-game slide with a win over the Celtics in their last outing. This should be a close one, but I’m sticking with the Spurs to continue their nice run with another win in this one. 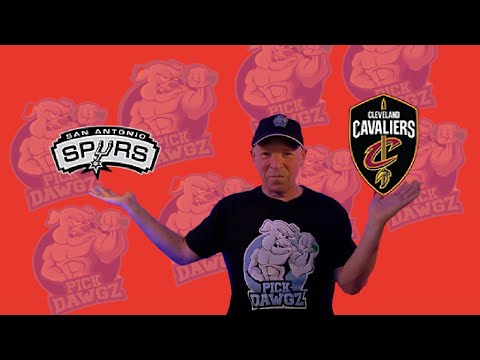