The Sacramento Kings and the Boston Celtics duke it out at the TD Garden on Friday night.

The Sacramento Kings have come to life with four wins in their last eight games and they will be looking to build some momentum after sneaking past the Wizards in a 121-119 road win on Wednesday. De’Aaron Fox led the team with 28 points, seven assists and five steals, Harrison Barnes and Richaun Holmes each scored 18 points while Tyrese Haliburton chipped in with 17 points and four assists. As a team, the Kings shot 44 percent from the field and 10 of 33 from the 3-point line as they took control of the game with 36 points in the third quarter to lead by 11 points, before escaping with the narrow win a clutch game-winner from Fox with just 1.3 seconds remaining.

Meanwhile, the Boston Celtics have been in decent shape as they’ve won five of their past eight games, but they will be hoping to avoid a third straight loss after getting stopped by the Cavaliers in a 117-110 road loss on Wednesday. Jayson Tatum led the team with 29 points on 11 of 24 shooting, Jaylen Brown added 28 points with four assists while Marcus Smart chipped in with 19 points. As a team, the Celtics shot 45 percent from the field and 10 of 38 from the 3-point line as they struggled out of the gates and scored just 38 points in the first half to fall behind by as many as 21 points, before coming up short despite pouring in 72 points in the second half.

Head to head, the under is 15-5 in the last 20 meetings in Boston and the Kings are 4-0-1 ATS in the last five meetings overall.

Tristan Thompson has been ruled out for Friday, so the Celtics will again be shorthanded in this one, but they’re already so much deeper with Smart back in the lineup. The Kings have been much better over their last eight games and they will take plenty of confidence in their thrilling win over the Wizards, but I’m sticking with the more talented Celtics to pull out the much-needed win behind a big game from Tatum. 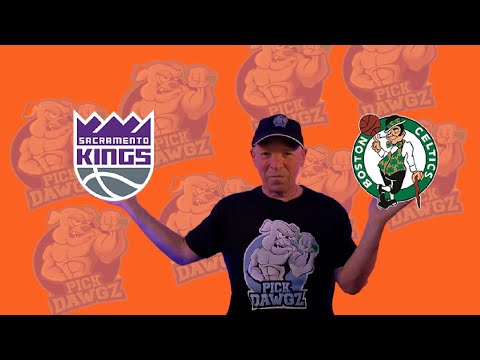