The Utah Jazz pay a visit to the Washington Wizards at the Capital One Arena on Thursday night.

The Utah Jazz haven’t been at their absolute best as they’ve split their last eight games, but they will be looking to build some momentum after taking down the Celtics in a 117-109 road win on Tuesday. Donovan Mitchell led the team with 21 points and five assists, Jordan Clarkson added 20 points, Mike Conley scored 17 points with five assists wile Rudy Gobert chipped in with 16 points, 12 rebounds and four blocks. As a team, the Jazz shot 47 percent from the field and 19 of 43 from the 3-point line as they looked to be in trouble after falling behind by 11 points, before exploding for 40 points in the fourth quarter to escape with the impressive win.

Meanwhile, the Washington Wizards have been in a real funk lately as they’ve lost seven of their past eight games and they will be hoping to put a halt to a five-game skid after falling short against the Kings in a 121-119 home loss last night. Bradley Beal led the team with 29 points and five assists on 12 of 20 shooting, Russell Westbrook racked up a triple-double of 26 points with 14 rebounds and 10 assists while Rui Hachimura chipped in with 17 points. As a team, the Wizards shot 48 percent from the field and a miserly four of 25 from the 3-point line as they fought hard to really back from an 11-point deficit to tie the game late, only to watch the game slip as the Kings’ De’Aaron Fox drained the game-winning shot at the buzzer to steal the game late.

Mike Conley has been ruled out for Thursday due to injury management purposes, so the Jazz will be shorthanded for this one, but they probably won’t need him against the slumping Wizards who just lost to a struggling Kings team. The Jazz are far and away the better team in this one and I think they should be good enough to blowout the Wizards who are playing this one on zero days’rest. 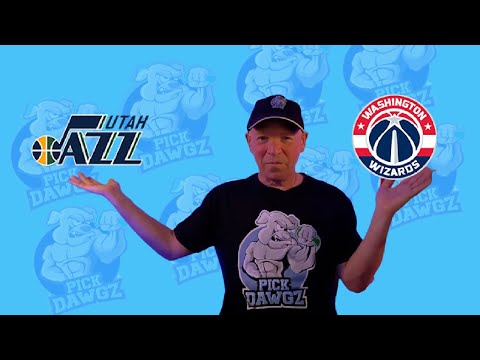