The Orlando Magic and the New York Knicks duke it out at Madison Square Garden on Thursday night.

The Orlando Magic have been in a serious slump as they will be hoping to put an end to an eight-game skid after falling short against the Heat in a 102-97 home loss on Sunday. Nikola Vucevic led the team with 38 points, 10 rebounds and six assists on 15 of 27 shooting while Terrence Ross chipped in with 31 points on 10 of 19 shooting off the bench, but no other player finished in double figures. As a team, the Magic shot 44 percent from the field and 16 of 40 from the 3-point line as they fought hard to overcome a 13-point deficit to lead by as many as six points, before going cold in the fourth quarter where they managed just 20 points.

Meanwhile, the New York Knicks are coming home from a four-game road trip after falling to the 76ers in a 99-96 loss on Tuesday. Julius Randle led the team with 19 points, 15 rebounds and eight assists, Alec Burks added 19 points off the bench while RJ Barrett chipped in with 17 points, eight rebounds and four assists. As a team, the Knicks shot 44 percent from the field and eight of 24 from the 3-point line as they seemed to be in control for most of the game as he led by 10 points in the third quarter, before going ice-cold in the fourth quarter where they scored just 14 points.

The Magic have really been doing it tough lately and Vucevic and Ross did all they could as they combined for 69 points in a narrow loss to the Heat on Sunday. Meanwhile, the Knicks have been playing good basketball overall and their last three losses were to playoff-bound teams in the Bucks, Nets and the 76ers. I’m expecting another big game from Vucevic, but the Magic don’t have enough depth to hang with the Knicks who are 10-1 ATS in their last 11 games against a team with a losing record. 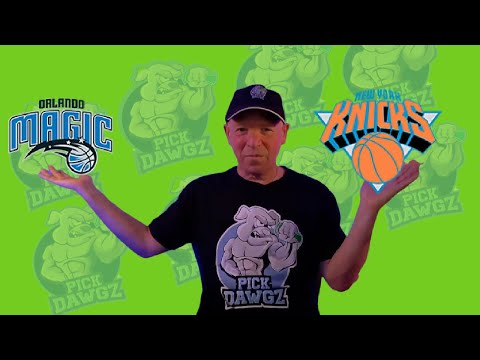