The San Antonio Spurs travel to the United Center to do battle with the Chicago Bulls on Wednesday night.

The San Antonio Spurs have been in decent shape as they’ve split their last 10 games and they will be hoping to build some momentum after taking down the slumping Pistons in a 109-99 road win on Monday. Dejounte Murray led the team with 19 points, 10 rebounds and six assists, Jakob Poeltl scored 14 points with 12 rebounds and four blocks, Patty Mills scored 14 points with four assists while Lonnie Walker chipped in with 11 points. As a team, the Spurs shot 56 percent from the field and 12 of 25 from the 3-point line as they took control of the game with 36 points in the second quarter, before pushing the margin out to 23 points in the third quarter to put the game out of reach early.

Meanwhile, the Chicago Bulls have been in decent form as they’ve won three of their past five games and they will be aiming for a third straight win after routing the Thunder in a 123-102 home win last night. Zach LaVine led the team with 40 points on 15 of 20 shooting, Lauri Markkanen added 22 points while Thaddeus Young chipped in with 17 points, nine rebounds and six assists in a rare start. As a team, the Bulls shot 51 percent from the field and 12 of 36 from the 3-point line as they squandered an early 18-point lead, before taking over in the third quarter where they held the Thunder to just 16 points.

The Spurs haven’t been anywhere near their best lately, but they will be hoping to build some momentum after sneaking past a slumping Pistons team on Monday, while the Bulls have quietly been climbing the standings behind the excellent form of Zach LaVine. This should be a close one, but the Spurs are only 1-5 ATS in the last six meetings in Chicago and I think there’s just a bit more to like about the Bulls at the moment. 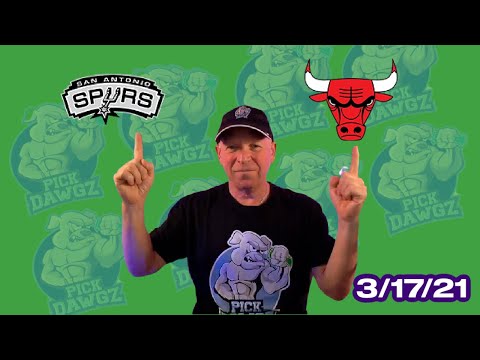