The Milwaukee Bucks and the Philadelphia 76ers collide at the Wells Fargo Center on Wednesday night.

The Milwaukee Bucks have been in great form as they’ve won nine of their past 10 games and they will be looking to build on their current four-game win streak after taking down the Wizards in a 133-122 road win on Monday. Giannis Antetokounmpo led the team with a triple-double of 31 points with 15 rebounds and 10 assists, Khris Middleton added 23 points, Brook Lopez scored 22 points with four blocks while Jrue Holiday chipped in with 15 points. As a team, the Bucks shot 55 percent from the field and 11 of 28 from the 3-point line as they poured in 37 points in the second quarter to take a 14-point lead into halftime, before pushing the margin out to 26 points in the third quarter to put the game to bed early.

Meanwhile, the Philadelphia 76ers have been on a great run as they’ve won 10 of their past 12 games and they will be gunning for a seventh straight victory after sneaking past the Knicks in a 99-96 home win last night. Tobias Harris led the team with 30 points on 11 of 20 shooting, Seth Curry added 20 points while Ben Simmons racked up 16 points with 13 rebounds and seven assists. As a team, the 76ers shot just 41 percent from the field and 11 of 32 from the 3-point line as they looked to be in a bit of trouble after falling behind by 10 points in the third quarter, before taking over in the fourth quarter where they held the Knicks to just 14 points to escape with the narrow win. Danny Green had a night to forget as he scored just three points on one of 10 shooting.

The 76ers have been one of the hottest teams in the league lately and they haven’t allowed injuries to key players stop them from piling on the wins. The Bucks have been predictably running teams lately and they looked impressive in their easy win over the Wizards on Monday. Joel Embiid is obviously a bit out for the 76ers here, but the 76ers are 34-16-2 ATS in their last 52 home games. The Bucks are only 1-6 ATS in their last seven games against a team above .600 and I think that trend continues as the shorthanded 76ers get the win at home. 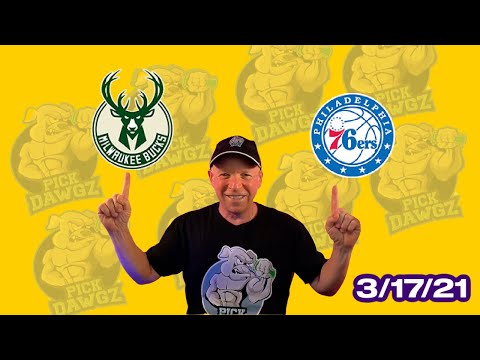