The Indiana Pacers play host to the Brooklyn Nets at Bankers Life Fieldhouse on Wednesday night.

The Brooklyn Nets have been on fire lately as they’ve won 13 of their past 14 games and they will be looking to build on their current five-game win streak after outlasting the Knicks in a 117-112 home win on Monday. Kyrie Irving led the team with 34 points on 13 of 18 shooting, James Harden compiled a triple-double of 21 points with 15 rebounds and 15 assists while Jeff Green chipped in with 20 points on eight of 11 shooting. As a team, the Nets shot a healthy 57 percent from the field and 12 of 29 from the 3-point line as they got off to a slow start and they led for most of the game by as many as 18 points, before having to hold off a late rally from the Knicks who came within one shot of forcing the game into overtime.

Meanwhile, the Indiana Pacers have been in a real slump as they’ve lost seven of their past nine games and they will be hoping to bounce back after getting routed by the Nuggets in a 121-106 road loss on Monday. Malcolm Brogdon led the team with 24 points and four assists, Justin Holiday added 19 points while Caris LeVert chipped in with 17 points in his first game for his new team. As a team, the Pacers shot 43 percent from the field and 17 of 42 from the 3-point line as they looked to be in control after pouring in 35 points in the third quarter, before going ice-cold in the fourth quarter where they managed just 15 points in a disappointing finish.

The Nets are coming into this one with plenty of momentum as they’ve been on a tear lately, while the Pacers have really struggled to win lately and are coming fresh off a big loss to the Nuggets. The Nets are 7-0 ATS in their last seven road games, while the Pacers are 0-5 ATS in their last five home games. With that being said, I’m sticking with the more consistent and reliable Nets to stay hot with another win and cover here. 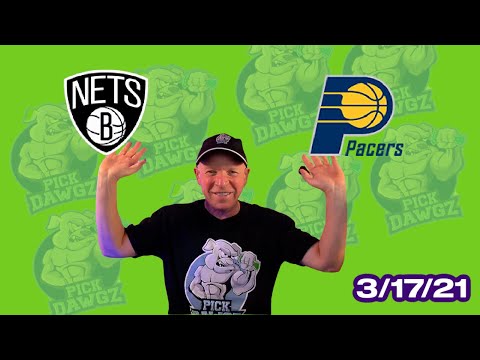