The Utah Jazz invade the TD Garden to do battle with the Boston Celtics on Tuesday night.

The Utah Jazz have been in a rut lately as they’ve lost three of their last four games and they will be hoping to bounce back after getting routed by the Warriors in a 131-119 road loss on Sunday. Donovan Mitchell led the team with 24 points, Rudy Gobert added 24 points with 28 rebounds and four blocks, Mike Conley scored 23 points with six assists while Jordan Clarkson chipped in with 21 points off the bench. As a team, the Jazz shot 44 percent from the field and 15 of 44 from the 3-point line as they as they got off to a slow start and were always fighting an uphill battle after falling behind by double-digits in the first quarter. Bojan Bogdanovic scored just nine points on two of nine shooting while Royce O’Neale finished with just three points.

Meanwhile, the Boston Celtics have been in great form as they’ve won five of their past six games and they will be looking to stay hot after blowing past the depleted Rockets in a 134-107 road win on Sunday. Jaylen Brown led the team with 24 points on nine of 14 shooting, Jayson Tatum added 23 points with six assists while Daniel Theis and Robert Williams each scored 16 points. As a team, the Celtics shot 54 percent from the field and 18 of 37 from the 3-point line as they got off to a hot start with 38 points in the first quarter, before running away with it in the second and third quarters where they held the Rockets to a combined 38 points to lead by as many as 36 points.

The Jazz have really cooled off lately and they didn’t look too good in their loss to the Warriors on Sunday, while the Celtics are really starting to heat up after dominating the depleted Rockets in their last outing. This should be a close one, but the Jazz are 1-5 ATS in their last six road games, so I’m leaning towards the Celtics and the points in this one. 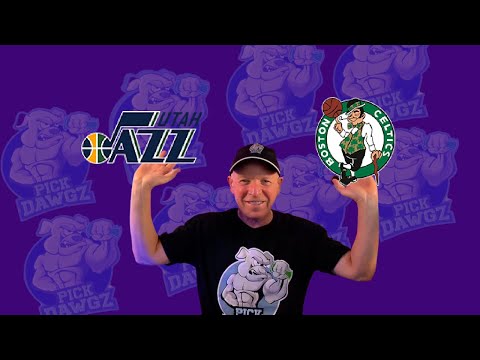