The Oklahoma City Thunder and the Chicago Bulls duke it out at the United Center on Tuesday night.

The Oklahoma City Thunder have been in decent shape as they’ve won six of their past 10 games and they will be aiming to stay hot after sneaking past the Grizzlies in a 128-122 home win on Sunday. Shai Gilgeous-Alexander led the team with 30 points and five assists, Aleksej Pokusevski added a career-high 23 points with 10 rebounds and four assists while Kenrich Williams chipped in with 17 points on seven of eight shooting off the bench. As a team, the Thunder shot a healthy 57 percent from the field and 16 of 31 from the 3-point line as they got off to a sluggish start and trailed for most of the game, before taking over in the fourth quarter where they outscored the Grizzlies by 38-22 to escape with the unlikely win.

Meanwhile, the Chicago Bulls have been in a bit of a rut lately as they’ve lost four of their past six games, but they will be looking to stay hot here after routing the depleted Raptors in a 118-95 home win on Sunday. Patrick Williams led the team with 23 points, six rebounds and four assists, Zach LaVine had a quiet game of just 15 points while Lauri Markkanen chipped in with 13 points, but the strength of the Bulls was that they had nine players finish in double figures in scoring. As a team, the Bulls shot 45 percent from the field and 12 of 44 from the 3-point line as they jumped out to an early lead and never looked back in what was a dominant win.

Head to head, the over is 5-0 in the last five meetings overall and the under is 7-3 in the last 10 meetings in Chicago.

The Thunder are coming into this one with plenty of momentum after taking down the Grizzlies in their last outing, but they will be without Al Horford and Darius Bazley who have been ruled out, while Luguentz Dort is listed as questionable for Tuesday. The Bulls haven’t been at their best lately, but their dominant win over the Raptors in their last outing could be just what they needed to snap out of their funk. I’m going with he Bulls to get the win at home win this one. 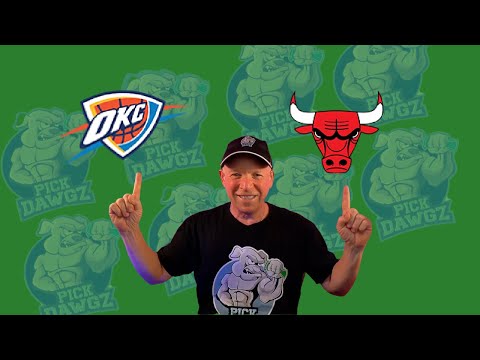