The Houston Rockets play host to the Atlanta Hawks at the Toyota Center on Tuesday night.

The Atlanta Hawks have been in great form as they’ve won eight of their past 12 games and they will be looking to build on their current five-game win streak after routing the Cavaliers in a 100-82 home win on Sunday. John Collins led the team with 22 points, 12 rebounds and one blocks, Danilo Gallinari added 20 points while Nathan Knight chipped in with 16 points, nine rebounds and two blocks off the bench. As a team, the Hawks shot 45 percent from the field and 12 of 29 from the 3-point line as they had trouble shaking off the pesky Cavaliers until the fourth quarter where they outscored them by 31-16 to win comfortably in the end.

Meanwhile, the Houston Rockets have been living a nightmare as they’re currently riding a 16-game slide after getting routed by the Celtics in a 134-107 home loss on Sunday. Victor Oladipo led the team in scoring with 26 points, Kenyon Martin Jr. added 21 points off the bench while Mason Jones chipped in with 14 points off the bench. As a team, the Rockets shot 38 percent from the field and 16 of 50 from the 3-point line as they got off to a decent start with 34 points in the first quarter, before getting blown out in the second and third quarters by a combined 66-38 as they just didn’t have the firepower to hang with the Celtics.

The Hawks have had their problems this season, but they’re currently a time on the rise, while the Rockets are a severely shorthanded team spiralling out of control. The Hawks haven’t been the best road team as they are just 1-5-1 ATS in their last seven road games, but the line seems reasonable in this one, so I’m taking the Hawks to get the win and cover here. 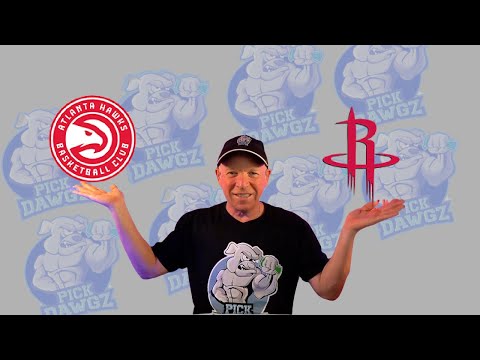