The Sacramento Kings and the Charlotte Hornets duke it out at the Spectrum Center on Monday night.

The Sacramento Kings have come to life with three wins in their last six games, but they will be hoping to bounce back after getting routed by the Hawks in a 121-106 road loss on Saturday. De’Aaron Fox led the team with 32 points, seven rebounds and six assists, Richaun Holmes added 20 points with 12 rebounds while Marvin Bagley chipped in with 12 points. As  a team, the Kings shot 43 percent from the field and just seven of 36 from the 3-point line as they jumped out to an early 14-point lead with 33 points in the first quarter, before going ice-cold in the second quarter where they were outscored by 39-18. The second half didn’t go much better as the Kings fell behind by as many as 23 points before making a run in the fourth quarter.

Meanwhile, the Charlotte Hornets have been in pretty good form lately as they’ve won five of their past seven games and they will be gunning for a fourth straight victory after taking down the shorthanded Raptors in a 114-104 home win on Saturday. LaMelo Ball led the team with 23 points, nine rebounds and six assists, Terry Rozier and Devonte Graham each scored 17 points while Malik Monk chipped in with 16 points. As a team, the Hornets shot 48 percent from the field and a sizzling 21 of 49 from the 3-point line as they stormed out of the gates with 44 points in the first quarter, before blowing the lead out to 27 points in the third quarter to put the game to bed.

The Kings have certainly played much better over their last six games or so, but they’re coming into this one off a bad loss to the Hawks while the Hornets have been playing some of their best basketball of the season as they’re riding three-game win streak. This should be a close one, but I like the Hornets in this spot with the line being so short. 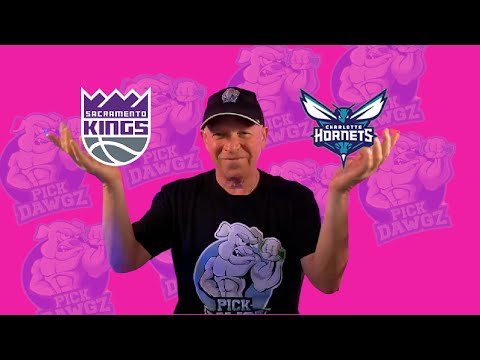