The New York Knicks travel to the Barclays Center to do battle with the Brooklyn Nets on Monday night.

The New York Knicks have been in great form lately as they’ve won five of their past seven games and they will be looking to stay hot after blowing past the shorthanded Thunder in a 119-97 road win on Saturday. RJ Barrett led the team with 32 points on 12 of 21 shooting, Julius Randle racked up a triple-double of 26 points with 12 rebounds and 12 assists while Immanuel Quickley chipped in with 21 points and four assists off the bench. As a team, the Knicks shot 48 percent from the field and 14 of 35 from the 3-point line as they struggled to get going early on and fell behind by 11 points, before clicking into gear in the second quarter and never looking back as they led by as many as 26 points. To be fair, the Thunder were always going to do it tough in this game as they were without their best player in Shai Gilgeous-Alexander.

Meanwhile, the Brooklyn Nets have been in terrific form as they’ve won 12 of their past 13 games and they will be aiming for a fifth straight win after sneaking past the Pistons in a 100-95 home win on Saturday. James Harden led the team with a triple-double of 24 points with 10 rebounds and 10 assists, Kyrie Irving added 18 points with five assists while Landry Shamet chipped in with 15 points off the bench. As a team, the Nets shot 48 percent from the field and six of 27 from the 3-point line as they held the Pistons to just 20 points in the third quarter to take a 12-point lead in the fourth quarter, before closing the game on a crucial 8-3 run after the Pistons rallied to tie the game late.

We’re in for a good contest as the Nets have been on fire and open as the firm favorites in this one, while the Knicks will be looking for the upset and they’re coming into this one with plenty of momentum themselves. I like the Nets to maintain their momentum with another win here, but I don’t think it will be easy at all, so I'm taking the Knicks with the points in this one. 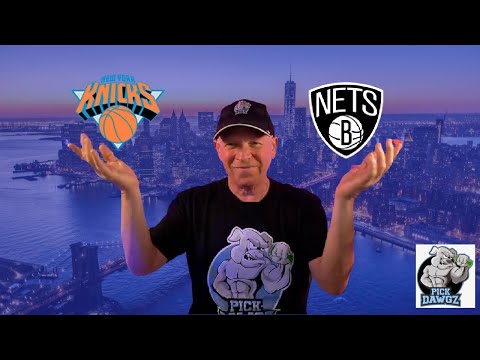