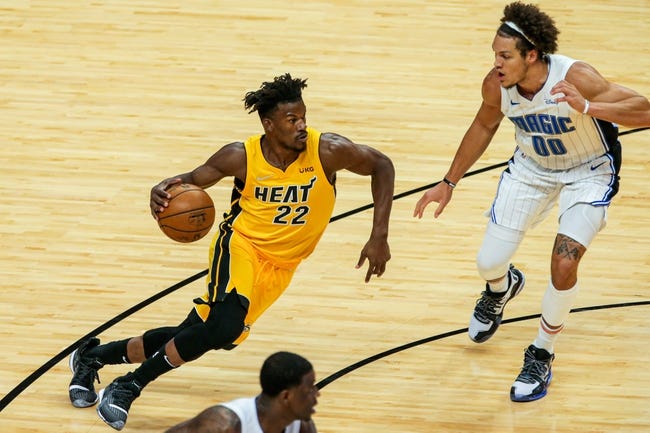 The Miami Heat invade the Amway Center to do battle with the Orlando Magic on Sunday night.

The Miami Heat have been on fire lately as they’ve won nine of their past 10 games and they will be aiming for a fourth straight victory after taking down the Bulls in a 101-90 road win on Friday. Jimmy Butler led the team with 28 points, eight assists and four steals, Goran Dragic added 25 points and five assists off the bench while Duncan Robinson chipped in with 15 points. As a team, the Heat shot 46 percent from the field and 12 of 35 from the 3-point line as they looked to be in trouble after scoring just 13 points in a horrible second quarter, before running away with it in the fourth quarter where they pulled away with a pivotal 11-2 run behind a scoring spurt from Dragic.

Meanwhile, the Orlando Magic have been in terrible shape lately as they will be hoping to put an end to a seven-game losing streak after getting routed by the Spurs in a 104-77 road loss on Friday. Nikola Vucevic led the team with 26 points and nine rebounds on 12 of 18 shooting while Dwayne Bacon chipped in with 15 points, but no other player finished in double figures in scoring. As a team, the Magic shot just 36 percent from the field and 10 of 38 from the 3-point line as they stormed out of the gates to an early 13-point lead, before getting completely outplayed the rest of the way as they managed just 10 points in the second quarter, before getting routed in the fourth quarter. Bacon shot just five of 16 from the field, Michael Carter-Williams shot just two of nine while Gary Clark shot just three of 10 from the field.

It’s a classic tale of two teams headed in opposite directions as the Heat have been on fire while the Magic have been mired in a seven-game losing streak. These two teams have already met twice this season with each team winning one, but based on current form, there’s one clear favorite here and that’s the Heat who are 5-0 ATS in their last five road games. 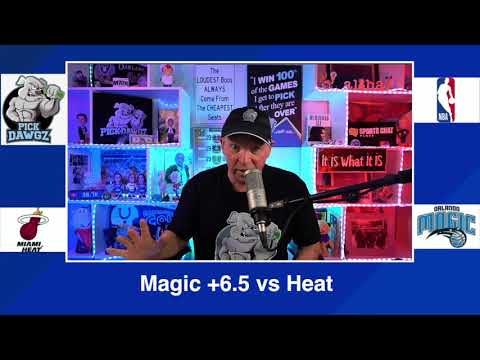