The Milwaukee Bucks and the Washington Wizards duke it out at the Capital One Arena on Saturday night.

The Milwaukee Bucks have been on a nice run as they’ve won seven of their past eight games and they will be looking to stay hot after making light work of the Knicks in a 134-101 home win on Thursday. Giannis Antetokounmpo led the team with a triple-double of 24 points with 10 rebounds and 10 assists, Bryn Forbes drained seven 3-pointers to finish with 21 points off the bench while Khris Middleton and Brook Lopez each scored 14 points. As a team, the Bucks shot a healthy 57 percent from the field and 18 of 38 from the 3-point line as they poured in 36 points in the second quarter to take a 17-point lead at halftime, before blowing out the margin in the fourth quarter as the Bucks’ bench finished in a flurry.

Meanwhile, the Washington Wizards have been in a funk as they’ve lost four of their last five games and they will be hoping to snap a two-game skid after last night’s 127-101 home loss to the shorthanded 76ers. Russell Westbrook led the team with 25 points and eight assists, Bradley Beal added 19 points on eight of 13 shooting while Robin Lopez chipped in with 10 points off the bench, but no other player finished in double figures. As a team, the Wizards shot 48 percent from the field and eight of 24 from the 3-point line as they got off to a slow start with just 15 points in the first quarter, before getting blown out in the second half where the 76ers outscored them by 64-48.

The Bucks are coming into this game in red-hot form as they’ve won seven of their last eight and they will still be red-hot after blowing past the Knicks on Thursday. The Wizards will be playing this one on zero days’ rest and their confidence will be low after last night’s poor showing against the shorthanded 76ers. The Bucks are in great form, they’re just about at full strength and they are 4-1 ATS in the last five meetings overall. I’m taking the Bucks to maintain their momentum with another win and cover here. 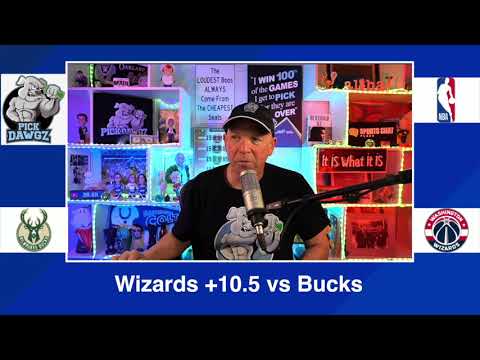