The Orlando Magic and San Antonio Spurs meet Friday in NBA action at the AT&T Center.

The Orlando Magic are on the end of a back to back, are dealing with some injuries all of a sudden and are losing their last five games by an average of 14.6 points. With that said, the San Antonio Spurs have had their issues as well lately and they're expected to be without DeRozan for this contest. The Spurs also lose at home by an average of 2.6 points and only win in the favorite role by an average of 1.3 points. I'd lean toward the Magic and the free points. 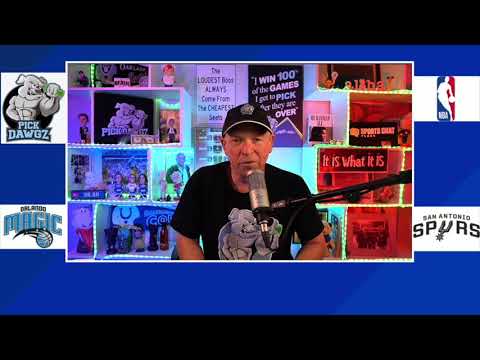