The Denver Nuggets pay a visit to the Memphis Grizzlies at the FedExForum on Friday night.

The Denver Nuggets have been in great form lately as they’ve won five of their past six games and they will be looking to build on their current four-game win streak after taking down the Pacers in a 113-103 road win last Thursday. Michael Porter Jr. led the team with 24 points, 11 rebounds and one block, Jamal Murray added 23 points and four assists, Nikola Jokic racked up 20 points with 12 rebounds and eight assists while Will Barton chipped in with 16 points on seven of nine shooting. As a team, the Nuggets shot a sizzling 58 percent from the field and 12 of 28 from the 3-point line as they took control of the game with 33 points in the second quarter, before pulling away in the fourth quarter with another 31 points after the Pacers rallied late.

Meanwhile, the Memphis Grizzlies have been in decent shape lately as they’ve won three of their past four games and they will be looking to stay hot after blowing past the Wizards in a 127-112 home win on Wednesday. Jonas Valanciunas led the team with 29 points, 20 rebounds and four blocks, Ja Morant added 21 points with 10 assists while Desmond Bane chipped in with 20 points. As a team, the Grizzlies shot 50 percent from the field and eight of 23 from the 3-point line as they set the tone with 35 points in the first quarter, before running away with it in the second half where they poured in 60 points to make it look easy in the end.

The Nuggets have been on a nice run lately and they could have some players return as both JaMychal Green and Paul Millsap have been upgraded to questionable for Friday. The Grizzlies have been slowly building momentum and they will take plenty of confidence from their big win over the Wizards on Wednesday. The Nuggets have the advantage of extra rest here as they haven’t played since the All-Star break, but they are just 1-5 ATS in the last six meetings in Memphis and I think that trend continues here as the Grizzlies pull off the minor upset at home. 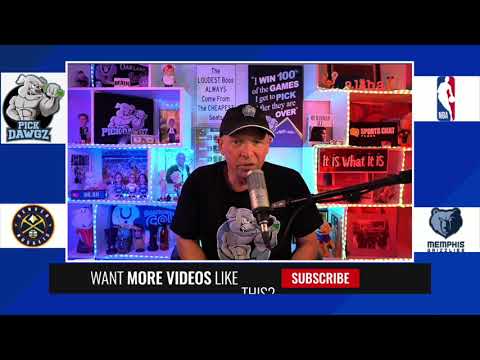