The New Orleans Pelicans play host to the Cleveland Cavaliers at the Smoothie King Center on Friday night.

The Cleveland Cavaliers have been inconsistent this season, but they were riding a four-game win streak before losing to the Pacers in a 114-111 home loss last Wednesday. Collin Sexton led the team with 32 points and 10 assists, Dean Wade and Jarrett Allen each scored 17 points while Darius Garland chipped in with 16 points and five assists before exiting the game with a left groin strain. As a team, the Cavaliers shot 51 percent from the field and 11 of 28 from the 3-point line as they dominated the first half and led by as many as 19 points, before fading in the second half after losing Garland to injury.

Meanwhile, the New Orleans Pelicans have been in a real slump lately as they’ve lost five of their last six games and they will be hoping to put an end to a three-game skid after getting routed by the Timberwolves in a 135-105 home loss last night. Zion Williamson led the team with 24 points on nine of 13 shooting, Brandon Ingram and Steven Adams each scored 13 points while Lonzo Ball chipped in with 10 points and seven assists on three of 12 shooting. As a team, the Pelicans shot just 43 percent from the field and six of 32 from the 3-point line as they shot out of the gates with 34 points in the first quarter, before getting completely run off the court the rest of the way. The Pelicans allowed the Timberwolves to score 40 points in the second quarter and things only got worse in the second half where they were outscored by 68-45.

Darius Garland is listed as questionable for this one, so the Cavaliers could be shorthanded for this one, but that might not matter against this slumping Pelicans team who will be low on confidence after last night’s 30-point loss to the lowly Timberwolves. I expect the Pelicans to respond with a much better effort in this one, but I don’t see why they should be so heavily favored in this spot. The Cavaliers are 5-0 ATS in their last five games overall and I think that trend continues here as they keep it close enough to get the cover. 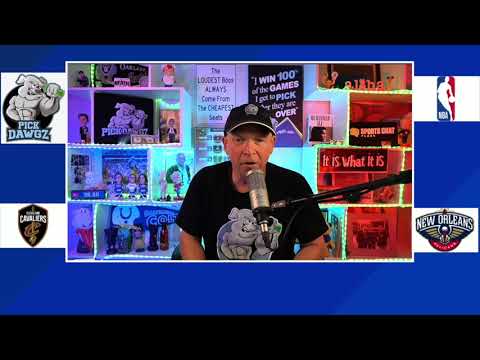