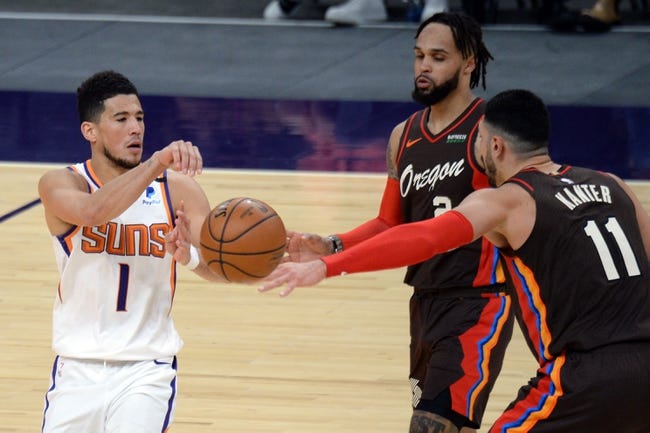 The Phoenix Suns and Portland Trail Blazers meet Thursday in NBA action at the Moda Center.

You can never count out the Portland Trail Blazers, especially at home, but they're still a banged up team that's going to struggle against the better teams in the league. The Phoenix Suns have not only won 13 of their last 15 games, but they're 24-11 against the spread on the season and have been one of the more profitable teams in the league dating back to the NBA bubble. There's no stepping in front of the Suns these days. I'll lay the bucket.