The Philadelphia 76ers invade the United Center to take on the Chicago Bulls on Thursday night.

The Philadelphia 76ers have been in stellar form lately as they’ve won six of their past eight games and they will be looking for a third straight victory after taking down the Jazz in a 131-123 overtime win last Wednesday. Joel Embiid led the team with 40 points, 19 rebounds and three assists, Tobias Harris added 22 points with 10 rebounds while Ben Simmons chipped in with 17 points and six assists on eight of 11 shooting. As a team, the 76ers shot 51 percent from the field and eight of 25 from the 3-point line as they rallied back from an early 13-point deficit to extend the game thanks to a clutch 3-pointer from Embiid, before holding the Jazz to just five points in the overtime period.

Meanwhile, the Chicago Bulls have been in great form as they’ve won six of their past nine games and they will be looking to maintain their momentum after outlasting the Pelicans in a 128-124 road win last Wednesday. Zach LaVine led the team with 36 points and eight assists on 12 of 19 shooting, Coby White added 25 points while Thaddeus Young chipped in with 18 points on eight of 10 shooting off the bench. As a team, the Bulls shot 51 percent from the field and 12 of 28 from the 3-point line as they cruised in the second half after dominating the second quarter where they outscored the Pelicans by 38-20 to lead by as many as 19 points.

Joel Embiid and Ben Simmons are both sitting out due to health and safety protocols, so the 76ers will be severely shorthanded for this one, while the Bulls could receive a major boost as both Lauri Markkanen and Otto Porter Jr are expected to return to the lineup. The 76ers aren’t a good road team at the best of times and they’ll be severely depleted here, so I’m going with the Bulls to take advantage at home behind another big game from LaVine. 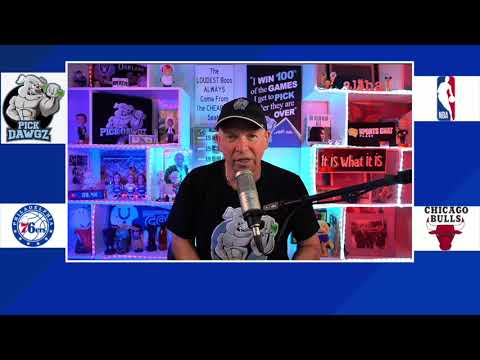