The Miami Heat play host to the Orlando Magic at the American Airlines Arena on Thursday night.

The Orlando Magic have been searching for form as they’ve lost nine of their past 13 games and they will be hoping to snap a five-game skid after falling short against the Hawks in a 115-112 home loss last Wednesday. Nikola Vucevic led the team with 29 points, nine rebounds and three assists, Terrence Ross added 28 points while Michael Carter-Williams chipped in with 20 points and seven assists. As a team, the Magic shot just 42 percent from the field and 13 of 35 from the 3-point line as they dominated the first half to lead by 19 points early, before getting run down in the second half where they allowed the Hawks to pour in 73 points.

Meanwhile, the Miami Heat were playing some of their best basketball of the season heading into the All-Star break as they’ve won seven of their past eight games and they will be looking to maintain their momentum after beating the Pelicans in a 103-93 road win on Thursday. Jimmy Butler led the team with 29 points and nine assists on 10 of 14 shooting, Kelly Olynyk added 18 points with 10 rebounds and seven assists while Kendrick Nunn and Goran Dragic each scored 13 points. As a team, the Heat shot 49 percent from the field and 10 of 30 from the 3-point line as they got off to a quick start and were always in control after holding the Pelicans to just 15 points in the first quarter.

The Heat will once again be shorthanded as both Avery Bradley and Bam Adebayo have been ruled out, but they’ve been in great form and still have plenty of depth in Butler, Dragic and Olynyk. The Magic have one reliable player in Vucevic who could have a big night with the Heat shorthanded in the backcourt, but Evan Fournier has been ruled out while Aaron Gordon is listed as questionable. This should be a close one, but I think the Heat pull away to earn the win and cover here. 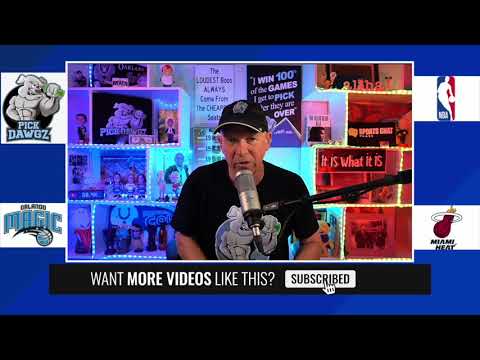