The New York Knicks and Milwaukee Bucks meet Thursday in NBA action at the Fiserv Forum.

The Milwaukee Bucks are obviously the better team here, but they're going up against a Knicks team that competes and only loses by an average of 1.9 points in the underdog role. The Knicks also entered the break on fire offensively, shooting 51 percent from the field and 45.6 percent from three in their last five games. The Knicks also lose on the road by an average of just 1.6 points. The Bucks should be favored and should win, but this is a lot of points to pass up with the road team. 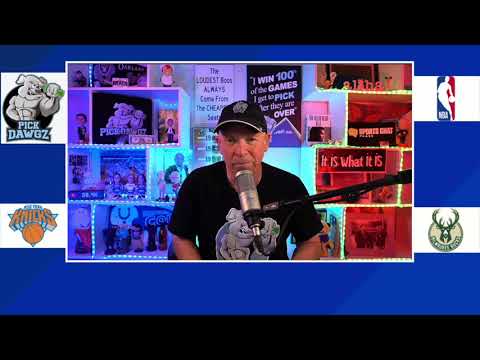