The Boston Celtics play host to the Toronto Raptors at the TD Garden on Thursday night.

The Toronto Raptors have been in a bit of a rut lately as they’ve lost three of their last four games and they will be hoping to bounce back after last night’s 129-105 loss to the Pistons. Norman Powell led the team with 36 points on 14 of 20 shooting, Kyle Lowry added 21 points with six assists while Chris Boucher chipped in with 18 points off the bench. As a team, the Raptors shot just 44 percent from the field and 12 of 36 from the 3-point line as they got off to a rocky start by allowing 43 points in the first quarter to fall behind by nine points at halftime, before getting blown out in the third quarter where they managed just 20 points. Fred VanVleet, OG Anunoby and Pascal Siakam were sitting out due to health and safety protocols.

Meanwhile, the Boston Celtics look to have overcome their recent struggles as they will be aiming for a fourth straight win after outlasting the Clippers in a 117-112 home win on Tuesday. Kemba Walker led the team with 25 points and six assists, Jaylen Brown added 18 points while Jayson Tatum and Payton Pritchard each scored 14 points. As a team, the Celtics shot 48 percent from the field and 16 of 32 from the 3-point line as they led by just two points midway through the fourth quarter, before going on a crucial 9-0 run to pull away and escape with the much-needed win.

The line would be totally different if the Raptors had their full roster available, but with all the health and safety protocols, they’ll again be shorthanded in this one. The Celtics have finally started to heat up after a real tough period and I think they’ll be good enough to take advantage of a depleted Raptors team here. The Celtics are 8-2 ATS in the last 10 meetings overall and I think that trend continues as the Celtics should be too good here. 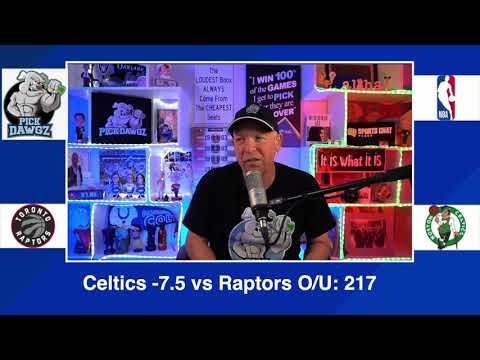