The Philadelphia 76ers play host to the Utah Jazz at the Wells Fargo Center on Wednesday night.

The Utah Jazz have been in terrific shape as they’ve won 23 of their last 27 games, but they will be hoping to bounce back here after getting stopped in their tracks by the Pelicans in a 129-124 road loss on Monday. Bojan Bogdanovic drained seven 3-pointers to lead the team with 31 points, Rudy Gobert added 22 points with nine rebounds and five blocks, Donovan Mitchell scored 21 points with eight assists while Jordan Clarkson chipped in with 20 points off the bench. As a team, the Jazz shot 45 percent from the field and 17 of 43 from the 3-point line as they looked to be in control after pouring in 41 points in the second quarter, before getting blown out in the third quarter where they were outscored by 40-24 to trail by 17 points.

Meanwhile, the Philadelphia 76ers have been in fine form as they’ve won five of their last seven games and they will be looking to stay hot after blowing past the Pacers in a 130-114 home win on Monday. Shake Milton led the team in scoring with 26 points on nine of 14 shooting off the bench, Joel Embiid added 24 points with 13 rebounds and five assists, Furkan Korkmaz scored 19 points while Ben Simmons chipped in with 18 points. As a team, the 76ers shot 56 percent from the field and 15 of 35 from the 3-point line as they took control of the game with 39 points in the second quarter to open up a double-digit lead, before pushing the lead out to as many as 31 points in the third quarter.

The Jazz have cooled off a bit lately, but they’ve still won 23 of their last 27 games which is all you really need to know, while the 76ers haven’t been too bad themselves as they’re coming into this one fresh off a big win over the Pacers. It’s hard to split these two teams, but the 76ers could be shorthanded as Tobias Harris is listed as questionable, so I’m leaning towards the Jazz to escape with the narrow win in this one. 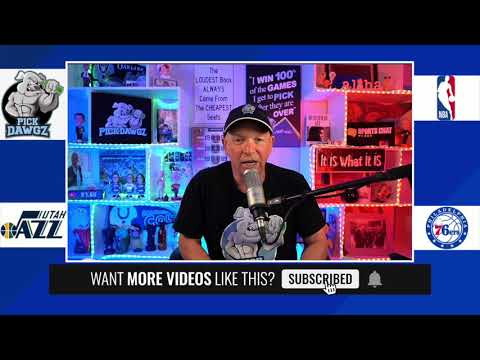