The Charlotte Hornets invade the Target Center to take on the Minnesota Timberwolves on Wednesday night.

The Charlotte Hornets have been in decent shape lately as they’ve split their last 10 games, but they will be aiming to bounce back here after falling short against the Trailblazers in a 123-111 road loss on Monday. LaMelo Ball led the team with 30 points and eight assists, Terry Rozier added 20 points with six assists while Malik Monk chipped in with 19 points off the bench. As a team, the Hornets shot 48 percent from the field and 15 of 34 from the 3-point line as they jumped out to an early 11-point lead after scoring 33 points in the first quarter, before getting run down in the second half where the Trailblazers poured in 64 points as the Hornets had no answer for Carmelo Anthony who scorched them for 29 points off the bench.

Meanwhile, the Minnesota Timberwolves have been in a terrible slump lately as they’ve lost 12 of their past 13 games and they will be hoping to stop an eight-game skid after getting routed by the Suns in a 118-99 home loss on Sunday. Anthony Edwards led the team with 24 points on eight of 22 shooting, Karl-Anthony Towns added 21 points with 10 rebounds while Jake Layman chipped in with 11 points and four assists off the bench. As a team, the Timberwolves shot just 37 percent from the field and eight of 35 from the 3-point line as they fell behind early and never really threatened in a game where they trailed by as many as 24 points. Ricky Rubio finished with just six points on two of eight shooting, while Josh Okogie finished with two points on zero of five shooting.

The Hornets are still searching for consistency as they haven’t won consecutive games in about three weeks while the Timberwolves will take any win they can get as they’ve lost 12 of their last 13 games. The Hornets have been fun to watch lately with Ball and Rozier leading the way, while the Timberwolves have been a train wreck. The Hornets are 12-3-1 ATS in their last 16 games against a team with a losing record and I think that trend continues here as the Hornets win by single digits. 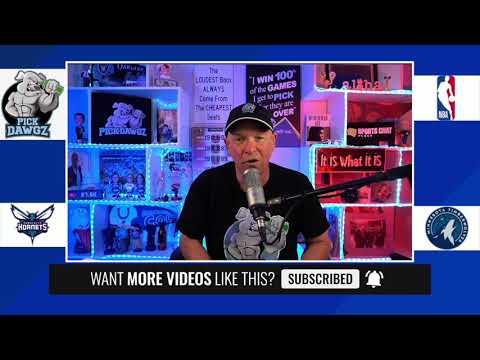