The Brooklyn Nets travel to the Toyota Center to do battle with the Houston Rockets on Wednesday night.

The Brooklyn Nets have been in red-hot form lately as they’ve won nine of their past 10 games and they will be looking to stay hot after outlasting the Spurs in a 124-113 overtime road win on Monday. James Harden led the team with a triple-double of 30 points with 14 rebounds and 15 assists, Kyrie Irving added 27 points with seven assists, Bruce Brown scored 23 points on 10 of 13 shooting while Nicolas Claxton chipped in with 17 points on seven of nine shooting off the bench. As a team, the Nets shot 47 percent from the field and 17 of 41 from the 3-point line as they blew a 10-point lead late in the fourth quarter, before making up for it in the overtime period where they held the Spurs to just five points to win easily in the end.

Meanwhile, the Houston Rockets have been in a terrible slump as they will be hoping to put an end to a 12-game skid after falling short against the Cavaliers in a 101-90 home loss on Monday. John Wall led the team with 32 points and five assists while Victor Oladipo scored 20 points on eight of 21 shooting, but no other player finished in double figures in scoring. As a team, the Rockets shot just 40 percent from the field and 10 of 31 from the 3-point line as they clawed back into the contest in the second quarter where they held the Cavaliers to just 17 points, before going ice-cold in the second half where they managed just 40 points. Sterling Brown finished with just eight points on two of eight shooting while Justin Patton scored just six points on two of seven shooting.

The Nets are coming into this one in red-hot form despite their long list of injuries, while the Rockets have been in a terrible slump as they’ve struggled with their injuries. Eric Gordon and Danuel House Jr. are both questionable for this one, while David Nwaba has already been ruled out. The Rockets could shock everyone and pull off the upset here, but the Nets are 5-1 ATS in the last six meetings in Houston and I think that trend will continue here. 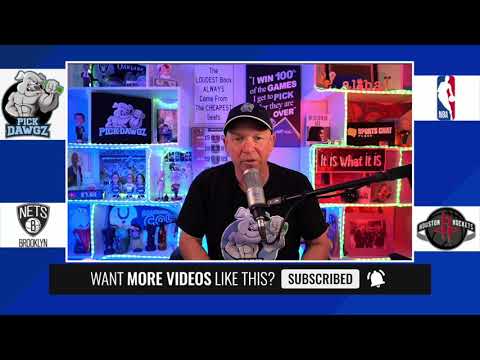