The Memphis Grizzlies and the Washington Wizards duke it out at the Capital One Arena on Tuesday night.

The Memphis Grizzlies have been in decent form as they’ve won four of their past seven games and they will be looking to stay hot after blowing past the Rockets in a dominant 133-84 road win on Sunday. Justise Winslow led the team in scoring with 20 points on eight of 12 shooting, Brandon Clarke added 16 points with 12 rebounds while Desmond Bane chipped in with 15 points on six of seven shooting. As a team, the Grizzlies shot 53 percent from the field and 10 of 30 from the 3-point line, but this win was about their defense as they never looked threatened after holding the Rockets to just 37 points in the first half. Dillon Brooks scored just eight points while Ja Morant finished with just six points and was hardly needed as the Grizzlies’ bench combined to score 85 points.

Meanwhile, the Washington Wizards have been in great form lately as they’ve won seven of their past nine games, but they will be hoping to bounce back after falling painfully short to the Celtics in a 111-110 road loss on Sunday. Bradley Beal led the team with 46 points on 16 of 29 shooting, Russell Westbrook added 24 points with 11 rebounds and four assists while Davis Bertans chipped in with 20 points off the bench. As a team, the Wizards shot 45 percent from the field and nine of 32 from the 3-point line as they led by as many as eight points late in the fourth quarter, before watching the game slip from their grasp as the Celtics closed the final 2:39 on a 13-4 run to steal the game on a clutch shot from Jayson Tatum with just 4.7 seconds remaining.

The Grizzlies will be looking to build on their massive win over the Rockets in their last outing, but it’s going to be tough to replicate that performance against the red-hot Wizards who are coming into this one fresh off a tough loss to the Celtics. You could make an argument for either side here, but the Grizzlies are 5-1 ATS in the last six meetings overall and with the line so low, I’m taking the Grizzlies to escape with the win in this one. 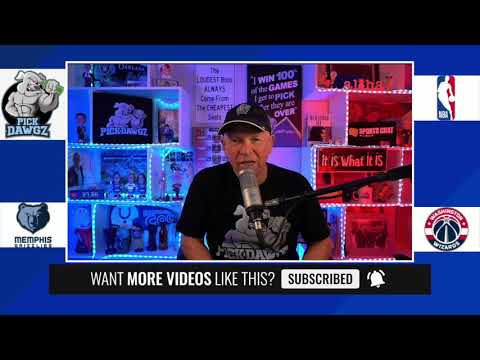