The Boston Celtics play host to the Los Angeles Clippers at the TD Garden on Tuesday night.

The Los Angeles Clippers have been in great form as they’ve won seven of their past 11 games and they will be hoping to bounce back after falling short to the Bucks in a 105-100 road loss on Sunday. Kawhi Leonard led the team with 25 points, nine rebounds and three assists, Paul George added 16 points with seven assists while Serge Ibaka chipped in with 15 points, 11 rebounds and two blocks. As a team, the Clippers shot just 41 percent from the field and 14 of 44 from the 3-point line as they fought hard to lead by seven points midway through the fourth quarter, before going ice-cold when it mattered most as they went scoreless in the final 4:00 to allow the Bucks to chase them down.

Meanwhile, the Boston Celtics have been in a rut as they’ve lost six of their past 10 games, but they will be gunning for a third straight victory here after outlasting the red-hot Wizards in a 111-110 home win on Sunday. Jayson Tatum led the team with 31 points on 12 of 22 shooting, Kemba Walker added 21 points with eight assists while Daniel Theis chipped in with 20 points, nine rebounds and three assists. As a team, the Celtics shot 47 percent from the field and 10 of 30 from the 3-point line as they trailed by eight points late in the fourth quarter, before closing the game on a 13-4 run in the final 2:39 to escape with the win on a clutch shot from Tatum.

Head to head, the over is 6-1-1 in the last eight meetings overall and the Clippers are 8-3 ATS in the last 11 meetings in Boston.

Jaylen Brown sat out the team’s last game due to soreness in his left knee and his status for Tuesday is questionable which isn’t good news for the Celtics who are already stretched. The Clippers are just about at full strength and they will be eager to atone for their mistakes after dropping a game they should’ve won against the Bucks. The Clippers are 8-3 ATS in the last 11 meetings in Boston and I think that trend continues here as the Clippers take advantage of a shorthanded Celtics unit. 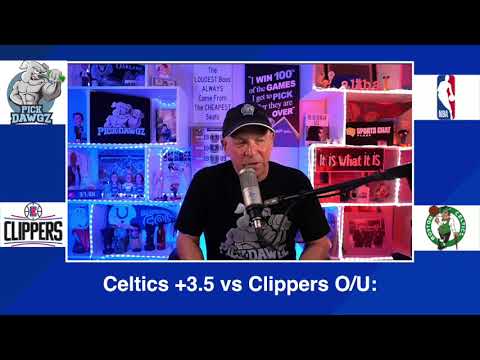