The Philadelphia 76ers play host to the Indiana Pacers at the Wells Fargo Center on Monday night.

The Indiana Pacers have been in rough shape as they’ve lost eight of their past 11 games and they will be hoping to snap a three-game skid after falling to the Knicks in a 110-107 road loss on Saturday. Doug McDermott led the team with 20 points, TJ McConnell added 17 points with 12 assists while Domantas Sabonis chipped in with 15 points, seven rebounds and nine assists. As a team, the Pacers shot 45 percent from the field and 11 of 28 from the 3-point line as they led by five points late in the fourth quarter, before watching the game slip from their hands as the Knicks went on a crucial 11-0 run to steal game late.

Meanwhile, the Philadelphia 76ers have been in decent shape as they’ve won four of their past six games, but they will be looking to bounce back after having their two-game win streak halted by the Cavaliers in a 112-109 overtime home loss on Saturday. Joel Embiid led the team with 42 points, 13 rebounds, six assists and two blocks, Ben Simmons added 24 points with eight assists while Shake Milton chipped in with 11 points, but no other player finished in double figures in scoring. As a team, the 76ers shot 45 percent from the field and 10 of 28 from the 3-point line as they rallied back from a 13-point deficit to force overtime, where they fell short as the Cavaliers got off to a quick start and ran away with the game.

Malcolm Brogdon is listed as questionable for Monday due to knee soreness, while Joel Embiid and Tobias Harris are both listed as questionable, so both teams could be shorthanded in this one. The 76ers are the deeper team in better form and they already beat the Pacers by 119-110 back on Jan 31, but the Pacers are 7-3 ATS in the last 10 meetings in Indiana. This should be a close one, but I’m sticking with the 76ers to get the win and cover at home. 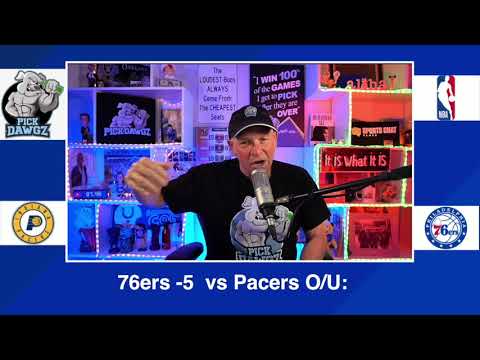