The Dallas Mavericks pay a visit to the Orlando Magic at the Amway Center on Monday night.

The Dallas Mavericks have been in great form lately as they’ve won eight of their past 11 games and they will be looking to stay hot after blowing past the shorthanded Nets in a 115-98 road win on Saturday. Luka Doncic led the team with 27 points, six rebounds and seven assists, Kristaps Porzingis added 18 points while Jalen Brunson chipped in with 14 points. As a team, the Mavericks shot 52 percent from the field and 14 of 36 from the 3-point line as they set the tone with 38 points in the first quarter, before holding the Nets to just 34 points in the second half to win easily after leading by as many as 22 points.

Meanwhile, the Orlando Magic have been in a bit of a rut as they’ve lost seven of their past 11 games and they will be hoping to avoid a fourth straight defeat after getting routed by the Jazz in a 124-109 home loss on Saturday. Nikola Vucevic led the team with 34 points, eight rebounds and four assists, Evan Fournier added 16 points while Dwayne Bacon chipped in with 13 points. As a team, the Magic shot 45 percent from the field and 14 of 34 from the 3-point line as they trailed by just four points at halftime, before getting blown out in the third quarter where the league-leading Jazz led by as many as 19 points.

The Mavericks have been in fine form and they will take plenty of confidence from their solid win over the red-hot Rockets on Saturday, while the Magic have been in rough shape and will again be shorthanded as James Ennis has been ruled out. Doncic has the Mavericks looking like a well-oiled machine on the offense and they are 11-3 ATS in the last 14 meetings in Orlando. With that being said, I’m taking the Mavericks to continue their strong form with another win and cover here. 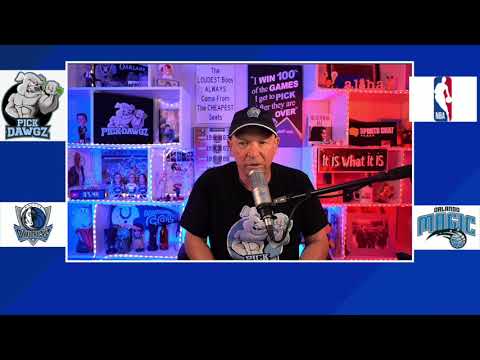