The Washington Wizards pay a visit to the Boston Celtics at the TD Garden on Sunday night.

The Washington Wizards have been in terrific form lately as they’ve won seven of their past eight games and they will be looking to stay hot after last night’s 128-112 home win over the Timberwolves. Bradley Beal led the team with 34 points, eight rebounds and six assists, Russell Westbrook racked up a triple-double of 19 points with 14 rebounds and 12 assists, Davis Bertans returned from injury to score 19 points off the bench while Garrison Matthews chipped in with 18 points. As a team, the Wizards shot 44 percent from the field and 13 of 33 from the 3-point line as they took a two-point lead at halftime, before taking control of the game with 44 points in the third quarter to lead by as many as 19 points.

Meanwhile, the Boston Celtics have been in a rut lately as they’ve lost six of their past nine games, but they will be breathing a major sigh of relief after putting an end to a three-game skid with a 118-112 home win over the Pacers on Friday. Kemba Walker led the team with 32 points and six assists, Daniel Theis added 17 points on six of nine shooting while Jaylen Brown chipped in with 15 points, seven rebounds and five assists. As a team, the Celtics shot 51 percent from the field and nine of 22 from the 3-point line as they led by just one point early in the fourth quarter, before going on a pivotal 12-4 run to pull away and earn the much-needed victory to steady their season.

The Wizards have really come to life over their past eight games as they’re suddenly one of the hottest teams in the league, while the Celtics are still under .500 as they’ve yet to find their groove this season. You get the feeling that the Celtics will turn things around sooner rather than later as they still have great young talent in Tatum and Brown, but they’re just so out of sync offensively, so I’m sticking with the Wizards and the points in what should be a close one. 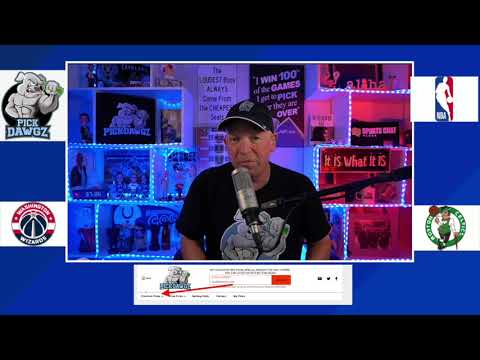