The Milwaukee Bucks play host to the Los Angeles Clippers at the Fiserv Forum on Sunday afternoon.

The Los Angeles Clippers have been in fine form lately as they’ve won seven of their past 10 games and they will be looking to stay hot after blowing past the Grizzlies in a 119-99 road win on Friday. Kawhi Leonard led the team with 30 points, nine rebounds and seven assists, Lou Williams added 17 points and four assists off the bench while Nicolas Batum, Paul George and Terrance Mann each scored 13 points. As a team, the Clippers shot 55 percent from the field and 14 of 35 from the 3-point line as they set the tone with 32 points in the first quarter, before taking control of the game in the second quarter where they held the Grizzlies to just 17 points to lead by 16 points going into halftime. The second half was much more competitive, but the Clippers were never threatened as they held the Grizzlies to just 40 percent shooting from the field.

Meanwhile, the Milwaukee Bucks have been in decent form as they’ve won nine of their last 14 games and they will be looking to build on their current four-game win streak after outlasting the Pelicans in a 129-125 home win on Thursday. Giannis Antetokounmpo led the team with 38 points, 10 rebounds and four assists, Khris Middleton added 31 points with six assists while Donte DiVincenzo chipped in with 24 points and nine assists. As a team, the Bucks shot 54 percent from the field and 13 of 31 from the 3-point line as they poured in 69 points in the first half, before winning their game with their defense as they held the Pelicans scoreless in the final two minutes to escape with the narrow win in a game that could’ve gone either way.

The Clippers come into this one with plenty of momentum after routing the Grizzlies on the road on Friday, while the Bucks outlasted the Pelicans on Thursday to keep their winning streak alive. The Clippers have been terrific on the road so far this season as they’ve won 11 of their 15 road games and are currently 22-9 ATS in their last 31 road games, while the Bucks are only 3-13 ATS in their last 16 games against a team above .600. With the line so short, the Bucks are tempting in this spot, but I’m sticking with the more consistent Clippers to escape with the win here. 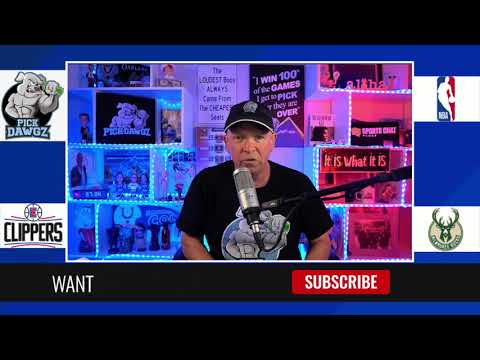