The Golden State Warriors are a hard team to read, as you just don't know which team is going to show up, but they already beat the Lakers this year and come into this contest playing well and shooting high percentages. The Los Angeles Lakers have struggled big time without Davis, and they're losing their last five games by an average of 6.4 points while shooting just 43.5 percent from the field. I don't trust the Lakers in their current form. It's Warriors and the points or pass. 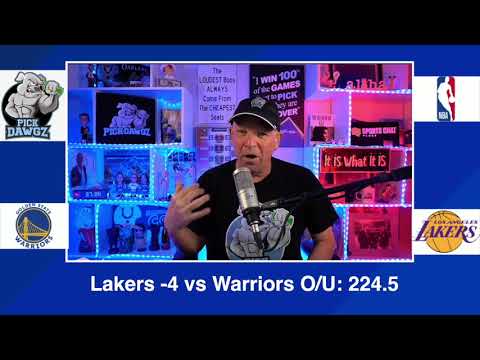